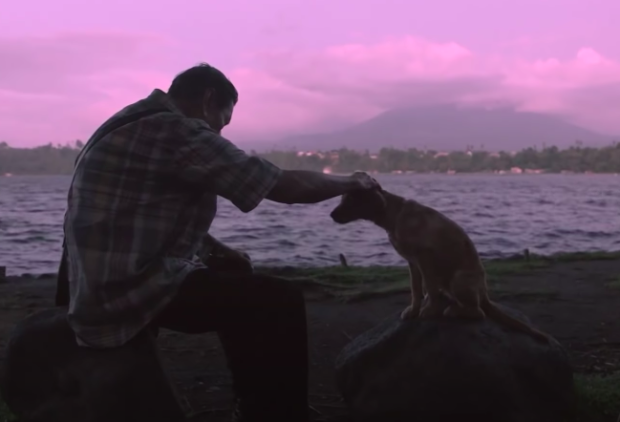 Filmmaker Jun Robles Lana’s 2012 film “Bwakaw,” which was topbilled by the late veteran actor Eddie Garcia, will be available for streaming starting Dec. 16 on Netflix.

Lana took to Twitter earlier today, Dec. 3, to announce that his “first love” is finally coming to the top streaming service.

“My first love. Coming to Netflix on December 16,” Lana said in the tweet accompanied by a screenshot of the film’s poster shown on the streaming platform.

My first love. Coming to Netflix on December 16. pic.twitter.com/eaAEehvxFD

“Bwakaw” is a comedy-drama that tells the story of an old gay man in his 70s named Rene, played by Garcia, who lives alone with his pet, Bwakaw, played by the dog Princess. Lana has said the main character was inspired by his mentor, esteemed writer Rene Villanueva.

The critically acclaimed film has won several awards since its release eight years ago, including best actor (Garcia), audience choice and Netpac awards at the Cinemalaya Independent Film Festival in 2012. It was the country’s entry to the Oscars back in 2012 for the foreign language film category.

Aside from “Bwakaw,” Lana’s other movies, namely “Kalel, 15” and “The Panti Sisters,” as well as digital Boys Love series “Gameboys: Level-Up Edition,” produced by his studio The IdeaFirst Company, will also start streaming this month on the said platform.

Garcia passed away on June 20, 2019, at 90 years old after nearly two weeks of being in a comatose state. On June 8, the veteran actor suffered a neck fracture after tripping on a cable wire while filming for a teleserye. NVG