‘Bwakaw’ is PH entry to the Oscars 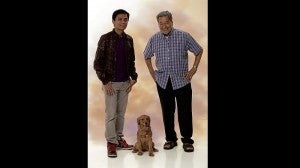 MANILA, Philippines—“Bwakaw,” a film topbilled by the much awarded veteran actor Eddie Garcia, is this year’s entry to the best foreign language film category in the Oscars, actor Leo Martinez told the Inquirer on Monday.

Martinez is chair of the Film Academy of the Philippines (FAP), the government agency tasked to select the films for the Oscars.

Written and directed by the much-awarded playwright-screenwriter Jun Lana, “Bwakaw” tackles the story of a gay old man who lives alone with his pet dog.

Described a comedy-drama, it won the best actor award for Garcia, audience choice and Netpac awards in this year’s Cinemalaya Independent Film Festival.

It is scheduled for screening at the Toronto International Film Festival (under Contemporary World Cinema) and the New York Film Festival (Main Slate).