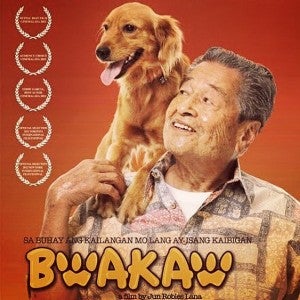 “Two years after I made the film, ‘Bwakaw’ continues to travel and reach people around the world. Today I have just been informed by our sales agent Fortissimo Films that ‘Bwakaw’ won the ‘Best Script Award’ at the 2014 Pyongyang International Film Festival held in North Korea last month. North Korea! Imagine that!” said Lana on his Facebook.

“Bwakaw” is a comedy-drama film about a gay man in his 70s who finds new joy in life while taking care of a stray dog named Bwakaw.

Bwakaw’ is PH entry to the Oscars

Bwakaw’ and all that buzz