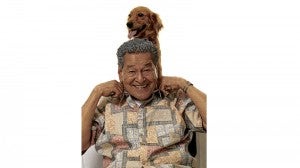 GARCIA. Performance of a lifetime.

About 150 local movies were shown last year, but many of them were screened “only” in film festivals. Cinemalaya, still the country’s premier indie showcase, has become more accessible, because of its satellite screenings at Greenbelt and TriNoma.

Robinsons Galleria and Shangri-La played host to Cinema One, while the little-seen entries to the Big Shot fest and the MMFF’s New Wave category were shown at SM Megamall and Glorietta, respectively.

This year, the entry of CineFilipino (which unreels from June 26 to July 2) to the festival circuit enlivens the indie scene even more.

What were 2012’s best films? We’ve been asked this question since the beginning of the year—and, most recently, by Skilty Labastillas of Pinoy Rebyu (a blogsite that aggregates reviews of local films) and avid Saturday Special reader, Julius Lagco. For us, however, watching movies is, for the most part, a subjective experience enriched further by viewers’ artistic sensibilities, preferences and tastes.

If you want to watch the best—and worst—of what Pinoy filmmakers have to offer, you have to be patient and resourceful, and work around indie productions’ limited screenings, because there are very few mainstream productions that defy formula.

For instance, we would’ve missed Sherad Anthony Sanchez’s boldly provocative “Jungle Love” or Daniel Fernando’s indelible portrayal as an aging boxer in “Suntok sa Buwan” if we weren’t at the right place and time!

Heading our Top 10 list is Jun Lana’s affection-hooking dramedy, “Bwakaw,” about a lonely, gay septuagenarian and his loyal canine companion, in which 83-year-old Eddie Garcia turns in the performance of a lifetime—and last year’s best portrayal by an actor, male or female. 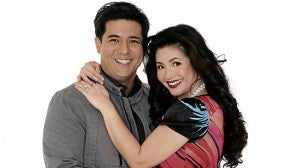 Joyce Bernal’s “Of All The Things,” last year’s best rom-com, is significant because it defies mainstream cinema’s penchant for predictable storytelling.

Chris Martinez’s “I Do Bidoo Bidoo” is as heartwarming and rousing as the Apo tunes that drive its “Romeo and Juliet”-like romantic tale.

In the vastly entertaining and lusciously photographed MMFF indie, “The Grave Diggers,” Tyrone Acierto reinvents the zombie flick and proves that a movie doesn’t need marquee names to be viewable.

Sari Lluch Dalena and Keith Sicat’s instructive and informative documentary, “Himala Ngayon,” is also a must-see because of its no-holds-barred revelations about the making of the 1982 film classic, “Himala”—from the impractical demands of its brilliant but difficult director (Ishmael Bernal), to the iconic lead actress without whom the movie would not have been made—Nora Aunor!

I have quibbles about Brillante Mendoza’s “Thy Womb”—but, the fact that the MMFF didn’t think that the Cannes-winning director’s Venice-winning drama should merit a place on its three Best Pictures list is mind-boggling.

If you go by the festival’s four-pronged criteria for judging—content, cultural/historical value, artistic excellence and global appeal, and technical innovation—it’s hard to imagine “Thy Womb” slacking behind any of the adjudged “winners”!

Alas, the 38-year-old movie fest has long lost its credibility—so, what else is new? And, for viewers who complain about the lackluster artistic merit of its popular entries but couldn’t be bothered to watch their more substantial counterparts, you get what you deserve.