Actors who go bump in the night 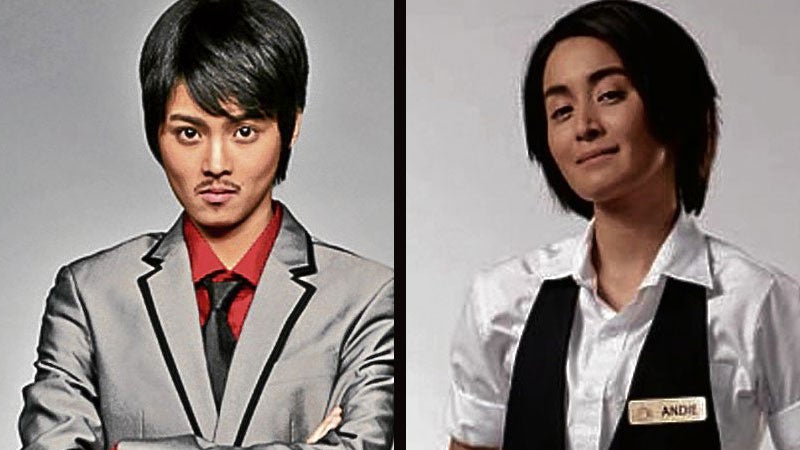 CHIU (LEFT) AND BERNAL. Passed themselves off as boys.

Why is it that quite a number of the plots of new teleseryes run pretty much along similar or even the same lines? Our scriptwriters’ concepts have become so bereft of originality and dynamism that they’ve practically been “codified” into a series of rigid, surefire “rules” for success.

For instance, two years ago, Kim Chiu played a girl who passed herself off as a boy on “My Binondo Girl”—and, at around the same time, Regine Velasquez pretended to be a flaming fairy in another TV series.

Recently, it was Kris Bernal’s turn to play macho in “Coffee Prince.” In all those instances, especially in Kris’ ruse, the ploy has generally been all too obviously fake. —What gives?

In other series, the “codified” plot and character elements are most obvious when it comes to the “rules” that govern dramatic teleseryes. Most of the time, a “generational” factor has to be present that runs for at least two generations, the better to show how deeply a revenge or competitive relationship runs between two combative clans.

Also practically de rigeur is a rich-poor dichotomy that makes the rich family oppress the poor one, who it turns out was cheated of the wealth and power that the “haves” now enjoy and exploit! —Of course, it’s another given that one of the boys in the rich clan has to “impossibly” fall for one of the poor girls (or vice-versa).

A variation on this theme is what we might describe as a “gynecological” one, because siblings or half-siblings are involved, often in a “forbidden” romance.

The latest wrinkle along these lines is that one of the half-siblings was born to a surrogate mother, babymaker, or “womb for rent,” the better to complicate things all the more, to satisfyingly mega-melodramatic effect!

But, it’s still the revenge or avarice aspect of the story and theme that most powerfully holds sway, and this is what bothers some viewers, particularly due to its potentially negative effect on young people’s sensibilities and view of life.

If everybody wants harm to befall everybody else and will stop at nothing in order to get the pound of flesh he’s allegedly entitled to, whom can young viewers hold up to trust and use as role models for their own behavior? —Uh, don’t answer that one.

Finally, have you noticed how many of the relationships in teleseryes start out with lead characters literally bumping into each other? In fact, that’s what happened to Kim Chiu and Xian Lim in the series, “Ina, Kapatid, Anak,” and to John Lloyd Cruz and Bea Alonzo in “A Beautiful Affair.”

Any self-respecting writer elsewhere would avoid that overused ploy to make “fated” strangers meet, but our writers embrace it and use it over and over again. What gives? What price originality and freshness in pop-creativity? —Uh, don’t answer that one, too!