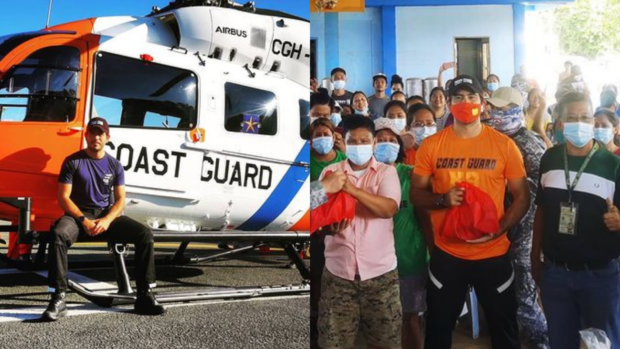 Anderson, who is an auxiliary officer of the agency with the rank of lieutenant, posted photos from the effort on his Instagram page on the same day.

“Fulfilling day,” he said. “[Grateful] to be in a position where I can bring amazing people together to help our countrymen.”

He also thanked those who donated to the victims of the recent Typhoon Ulysses that ravaged the Cagayan Valley. Anderson took the time as well to express his gratitude to the PCG for supporting him and his squadron.

Anderson and his team arrived in the province via a helicopter. Among the areas the actor handed out relief goods to were Cauayan City in the province of Isabela, as seen in a Facebook post of a certain Andresito Dela Cruz.

Relief distribution in Cauayan,Isabela..Courtesy of Mr. Gerald Anderson together with Philippine Coast Guard..

Anderson joined the PCG’s K9 Special Support Squadron back in December 2016. His father, Randy, and brother Ken became auxiliary officers of the agency as well in July of the same year with the ranks of commander and lieutenant, respectively.

Along with Anderson, his fellow celebrities such as Angel Locsin, Jasmine Curtis-Smith and KC Concepcion have also distributed relief goods to typhoon victims in Marikina and Cagayan.  /ra