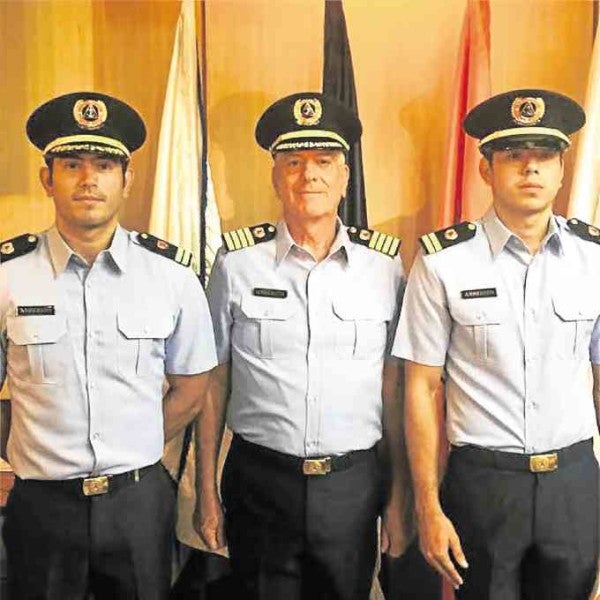 Gerald Anderson is now an auxiliary officer of the Philippine Coast Guard (PCG) with the rank of lieutenant, thus becoming officially part of the agency’s K9 Special Support Squadron.

The actor recently put up a K9 search and rescue unit under his Gerald Anderson Foundation (GAF), but stressed that “ours is not a rescue foundation for abandoned dogs.”

Gerald’s team, which also includes his dad Randy, brother Ken and sister Jeanifer as members, assists in the recovery of missing persons through the help of trained dogs, skilled personnel and specialized equipment that can also be used during calamities and other emergencies.

His father and brother Ken likewise became auxiliary officers of the PCG in July this year with the ranks of commander and lieutenant, respectively.

Gerald’s team has accomplished a lot since it was launched in March. “We currently have five dog teams under training to be ready to respond to any disaster that may hit the country,” Gerald told the Inquirer.

The GAF will let the PCG use its K9 units for search and rescue operations, Gerald reported. The squadron aims to assist in enhancing maritime community relations, as well as promote animal welfare.

“Anyone can be an auxiliary officer, but one has to pass stringent screening and application procedures,” Gerald said of his membership in the PCG.

A quick check of the PCG auxiliary website revealed that there are at least 16 squadrons an applicant can join. Application requires two hours of squadron-level orientation, four hours of district level indoctrination and two hours of protocol orientation. An applicant will then be placed on a three-month probation. He must be in all squadron meetings and activities.

“We’re like students. We don’t stop training,” said Gerald. In fact, the team went on a five-day training with a PCG special operations group in August to get certified for scuba rescue diving. Going some 60 feet underwater was a unique experience, recalled Gerald.

“We were able to bond together as a team. I can still remember how funny it was seeing everyone’s faces when we were being carried away by strong currents,” said Gerald as posted on the GAF blog. “We were able to experience something that not a lot of people were able to—we got to explore God’s beautiful creation.” 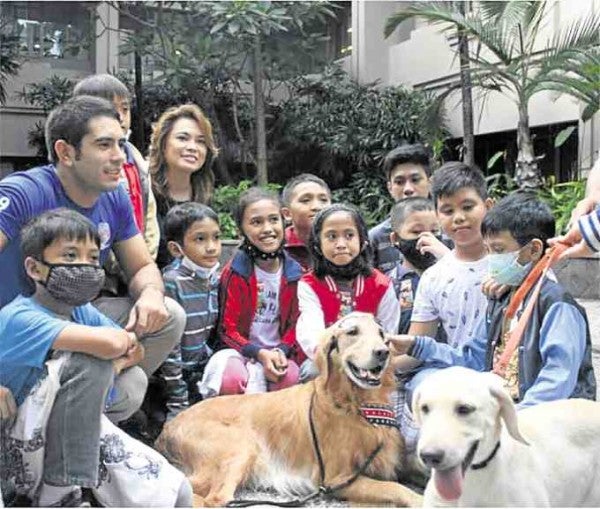 Two months earlier, the team completed an intensive specialized training on Water Search and Rescue, also under the PCG.

Gerald said their dogs weren’t only trained for calamities, but also to look for missing persons like a lost child or a hiker. “It’s reassuring to know that these dogs can help in a lot of ways,” he stressed.

Gerald then recalled their latest operation wherein his team had to find a missing person. A young man had been missing for days so his parents sought help from authorities to find him. “They were afraid that something terrible had already happened to him. The team was able to successfully track him, but when he was about to be turned over to his parents he ran away. I guess he didn’t want to be found,” Gerald told the Inquirer. “But what’s good about what happened was that his parents were assured that he is still alive.”

Another aim of the GAF is to help enrich the lives of veterans and persons with disabilities by providing them with task-trained service dogs that can assist them with their daily chores.

They were there to serve merienda and donate medicines as part of the GAF’s effort to bring comfort and joy to different institutions through interaction with therapy dogs. They were joined by trainer Sarah Jane Lee and her 12-year-old golden retriever, Doc JJ.

Ken was particularly moved by the experience. On the GAF blog, he said: “It was really amazing how they all reacted to the dogs. One lady in particular, wouldn’t let Kyla go. She kept telling me the story of how, when she was a little girl, her dad owned a lot of dogs. Kyla reminded her of that time.”

“My brother and I started this foundation to touch lives, but today they really touched ours,” he added.