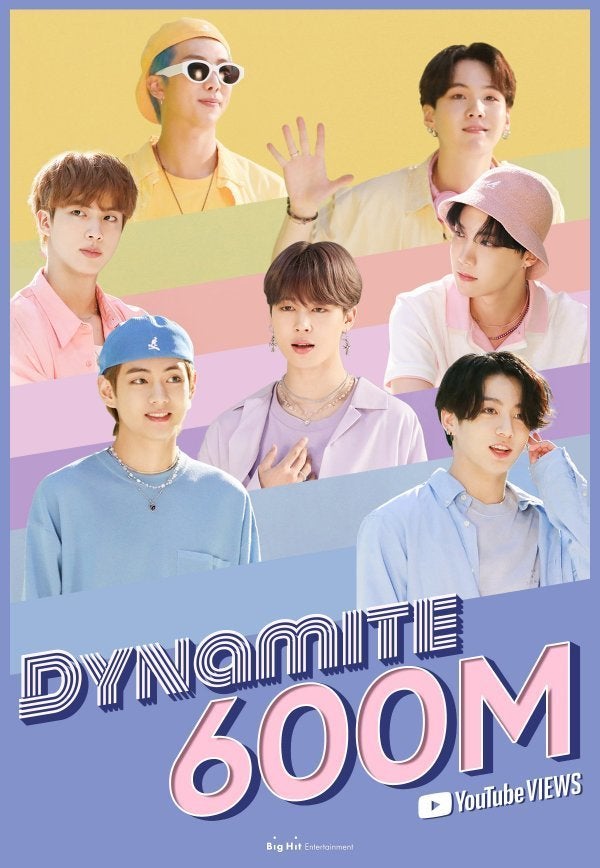 The dance video reached the milestone Monday midnight, nearly three months after it was released on the video-sharing site on Aug. 21, according to Big Hit Entertainment.

The septet’s first English-language song has been on the Billboard Hot 100 chart for seven straight weeks, including three No. 1 positions. Yonhap