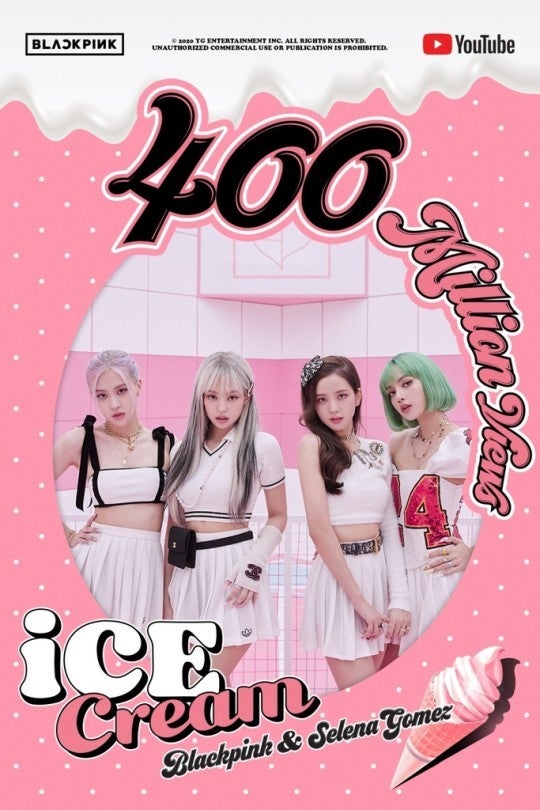 The music video hit the milestone around 2 p.m. Monday, some 80 days after its release, according to YG Entertainment.

It is the quartet’s 10th music video that has surpassed the 400 million mark on the global video-sharing website.

The song debuted at No. 13 on Billboard’s main singles chart in September, the highest position ever attained by a K-pop girl group, and remained on the chart for eight weeks.

BLACKPINK is currently the second most-subscribed global musician on YouTube, with 53.1 million subscribers, following Justin Bieber. The group now has a total of 22 music videos with over 100 million views.

Last week, the quartet was chosen as “the biggest band in the world” on Bloomberg’s Pop Star Power Rankings, a first for an Asian musical act. Yonhap