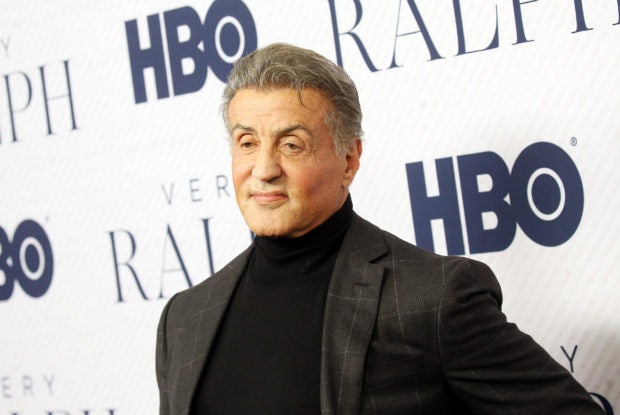 Sylvester Stallone is set to star in the upcoming film “The Suicide Squad,” where he will join Margot Robbie, Idris Elba and John Cena, among others.

“Always love working with my friend @officialslystallone [and] our work today on #TheSuicideSquad was no exception,” he said alongside a photo of him and the actor.

“Despite Sly being an iconic movie star, most people still don’t have any idea what an amazing actor this guy is,” Gunn added.

Stallone also spoke about joining the production on his own page and shared a screenshot of a Deadline report on Gunn’s announcement.

“Working with this incredible Director on this astounding project has made this an amazing year,” the actor said. “I am a very lucky man to be surrounded by such talent!”

“The Suicide Squad” is set to premiere on Aug. 6, 2021 and is the sequel to the 2016 movie “Suicide Squad,” which was directed by David Ayer. The new film will also feature Viola Davis, Joel Kinnaman and Peter Capaldi.

Stallone and Gunn last worked together on the 2017 superhero film “Guardians of the Galaxy Vol.2,” where he portrayed the character named Stakar Ogord. JB

Read Next
Jose Mari Chan on the Power of Music this Christmas: “It is worth more than silver and gold”
EDITORS' PICK
Smart Prepaid encourages the youth to take their passions to the next level and ‘Live GIGA’
DOF to PITC: Return P1 billion in interest on ‘idle’ funds
Experience clearer calls nationwide with Smart VoLTE
Año to public, officials: Refrain from holding events
Arthaland’s property management arm utilizes Amazon Web Services to enhance delivery of service
Watershed degradation abetted flooding, says scientists’ group
MOST READ
April Boy Regino passes away at 59
‘What is mine is hers,’ says Matteo on sharing finances with his Popstar Royalty wife
Año: Gov’t to conduct fact-finding on mass gatherings attended by Roque, Pacquiao
’Blind obedience’: Robredo twits Briones for pleasing only Duterte, not teachers, students
Don't miss out on the latest news and information.