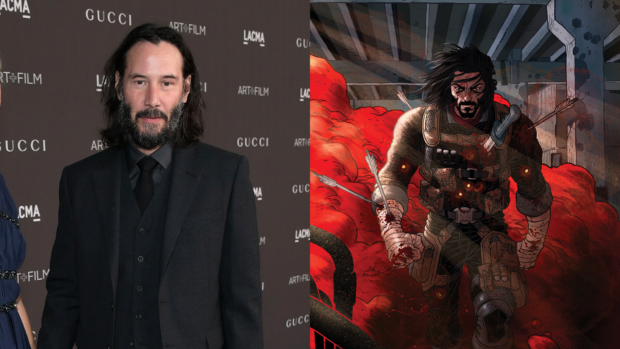 Along with his career as an actor, Keanu Reeves is now stepping into the world of comic books as a writer, with his first title being “BRZRKR”.

The action-packed story is set to be released as a 12-issue limited series, as per an exclusive report by USA Today last Friday, July 17.

“I guess I’m in the writing room,” Reeves was quoted as saying.

The actor is working on the comic’s plot alongside seasoned writer Matt Kindt.

The comic follows a warrior, known as Berzerker, who learns about the truth of his existence by carrying out dangerous jobs for the United States government.

“It’s like, ‘I’ll go do some missions for you and you’ll help me figure out who I am and how this has come to be and how maybe I could get released from this.’ But then of course there’s ulterior motives on both sides,” the actor said in the report.

Reeves also noted that the hero is immortal, has a perfect memory and can speak many languages.

Illustrator Alessandro Vitti is in charge of drawing the comic’s scenes and Berzerker, who resembles Reeves himself. Boom! Studios, the publishing company behind the story, shared a photo of the main character on its Twitter page on July 18.

We're thrilled to announce BRZRKR, a twelve-issue series from the iconic Keanu Reeves in his Must Read comic book writing debut alongside co-writer @mattkindt & artist @AlessandroVitti!@USATODAY has the exclusive details: https://t.co/IQZdL4P63l pic.twitter.com/rLo0MKdqgS

While the hero is an experienced warrior, he is a “warm guy” who has become “world weary” due to his past. Reeves, Kindt and Vitti also said that the comics will feature some brutal scenes and “outrageous sequences.”

It’s not all just brutality, though, because the story also tackles themes such as “the nature of violence, morals, ethics (and) what side do you choose.”

The entire series will be released monthly by Boom! Studios starting in October, as per report.

Meanwhile, Reeves pointed out that his love of comics started at a young age. He also stated that he would “love” to portray Berzerker if it ends up being adapted into a TV show or film.  Ryan Arcadio/JB