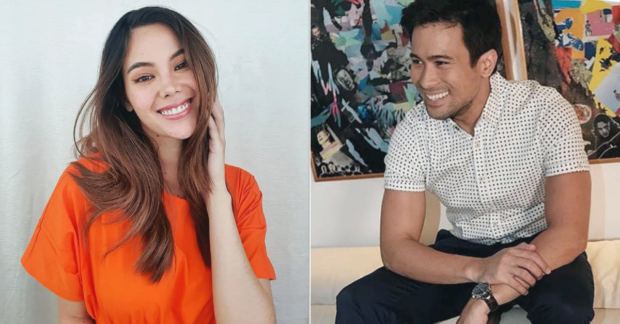 In facing worries about the pandemic, Sam Milby revealed that his “love life” helped.

The actor confirmed his relationship with Catriona Gray in May, on his 36th birthday.

When Milby guested on “Magandang Buhay” last Monday, Nov. 9, he was asked what has brought joy to his heart lately. The show is hosted by Jolina Magdangal, Melai Cantiveros and Karla Estrada.

“I’m so blessed. First off, of course, happy ang puso ko (my heart is happy). I’m blessed sa (with my) love life, definitely,” he said.

Later on, he opened up about being worried about his loved ones — his family is in the United States — and being uncertain about the future and his career as an actor.

“Sinong naging takbuhan mo (Who would you turn to)?” Magdangal asked.

(Well, of course, [the person in] my love life. She is the first person I would talk to.)

He added that he has a support system that includes his sister and friends.

Though the two have been low-key about their relationship, Milby has already said he believes she is “the one” in a press conference last August.

When asked about settling down, he noted that they had a 10-year age difference and that her career was just beginning. Niña V. Guno/JB