Sam Milby believes Catriona Gray is ‘The One’ 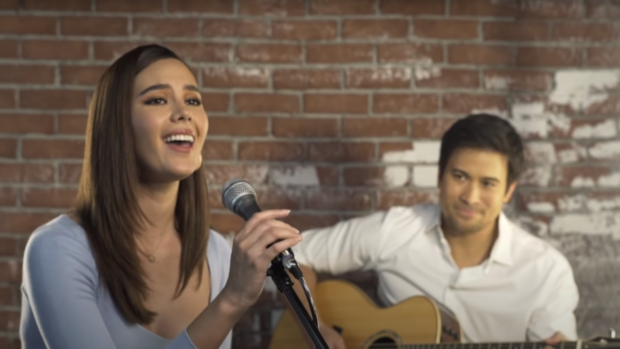 And Sam Milby somehow believes this, as he sees Miss Universe 2018 Catriona Gray as “The One.”

“It’s early naman (to say), but I do believe she’s the one,” Milby proudly said during the press conference of his upcoming teleserye “Ang Sa Iyo Ay Akin” on Friday.

It was on his 36th birthday that he made his relationship with the beauty queen public.

Rumors about Milby and Gray being a couple started when the two were spotted together in a farm in January 2019.

With all the past heartaches he has gone through, is the actor ready to settle down with his Miss Universe girlfriend?

And if someone suddenly would tell him “The Girl is Mine,” just like Michael Jackson’s song, how would he respond?

“Ang Sa Iyo Ay Akin” will premiere on the Kapamilya Channel and through steaming service iWant on Aug. 17.