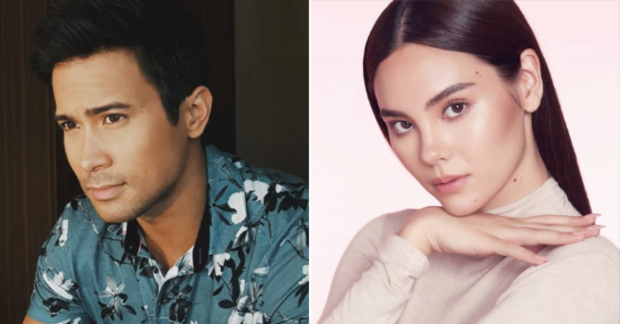 Catriona Gray recently celebrated her 26th birthday, and eagle-eyed fans believe someone special was with her.

The beauty queen was treated to a birthday surprise by her talent agency Cornerstone Entertainment, and some speculated that Sam Milby was in attendance after she posted pictures of polaroids on Instagram on Tuesday, Jan. 7.

One picture, even if it was partially hidden, stood out to her fans. Gray could be seen smiling while seated close to a man whose face was obscured. It got fans asking: “Who’s the mystery dude?” 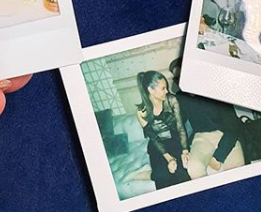 Some speculate that it is actor Sam Milby, stating that his thick black frames give him away. However, Gray did not tag him in the list of those she thanked for the party. 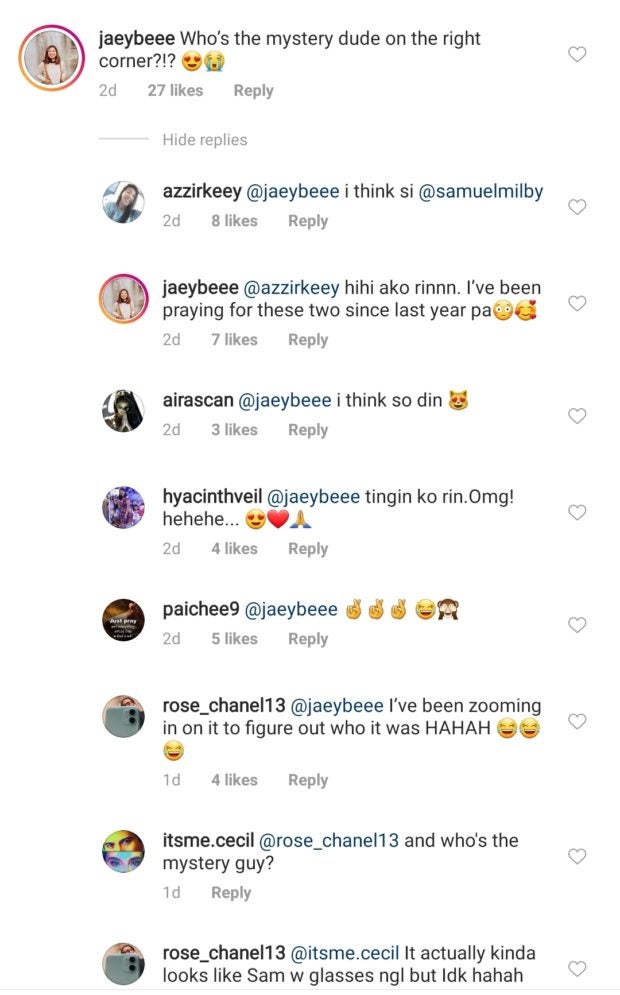 Last December, Gray said on “Tonight with Boy Abunda” that she and Milby were friends—they have the same management and attend the same church.

The two have been linked since last year when they were seen at a farm together in January 2019. In the photos, Gray wore a mask and was holding on to her father while Milby stood nearby.

Cornerstone Entertainment Inc. president and manager Erickson Raymundo clarified to the Philippine Entertainment Portal that Milby and Gray were invited to his farm in Tanay, Rizal, since they are both Cornerstone talents. He also mentioned that the two go to the same church and Bible study group.

Milby dedicated an Instagram post to Gray, too, after she won the Miss Universe 2018 crown, with fans telling him they could be good together.  /ra