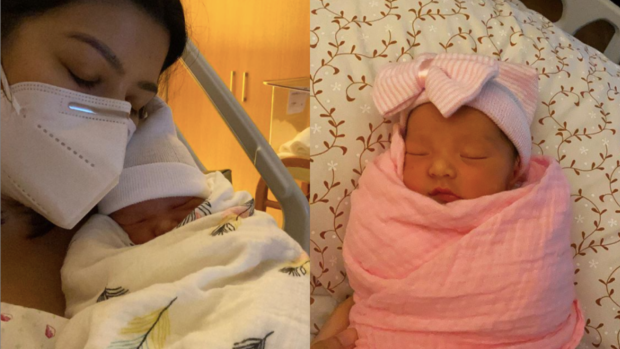 Assunta de Rossi revealed that she named her “miracle baby” after four important people in her and her husband Jules Ledesma’s life.

The actress gave birth to Giulia Fiorentina Alessandra, whom she fondly calls Fiore, on Oct. 23.

Her daughter’s first name is a tribute to Fiore’s paternal great-grandfather, Don Julio, Assunta said on her Instagram page the day after.

“Just like how you pronounce Julia,” she stated while pointing out that there is no letter J in the Italian alphabet.

“[L]ola’s name is the Spanish version,” the actress added.

As for the baby’s third name, it is Assunta’s way of honoring her sister and fellow actress Alessandra and their grandmother Alejandra, whom they fondly call Inang.

“Plus, I like its meaning, defender/protector,” the first-time mom noted.

“So there you have it!” Assunta said. “I hope she knows how much we wanted her.”

Fiore is Assunta’s first child with Ledesma. Assunta revealed she was finally expecting a baby last May.

She also refers to her newborn as her “miracle baby” since she and Ledesma have been hoping for a child for 18 years. The couple got married back in 2004. JB