Bettinna Carlos has found her forever in boyfriend Mikki Eduardo.

A diamond ring could be seen on the actress’s ring finger while she, Eduardo and her daughter Gummy embraced each other for a family portrait, as seen in Carlos’ Instagram yesterday, Oct. 7.

“THIS IS IT!!!!!!!” Valdez commented, unable to contain her excitement.

Eduardo also announced their engagement yesterday, giving a closer look at the princess-cut diamond ring he got for his future wife.

The proposal involved loved ones at home, as per the entrepreneur’s Instagram Stories.

It seems Eduardo knew for some time that he wanted to marry Carlos as he posted a photo of the ring on a Bible and wrote, “Months before E-day.” 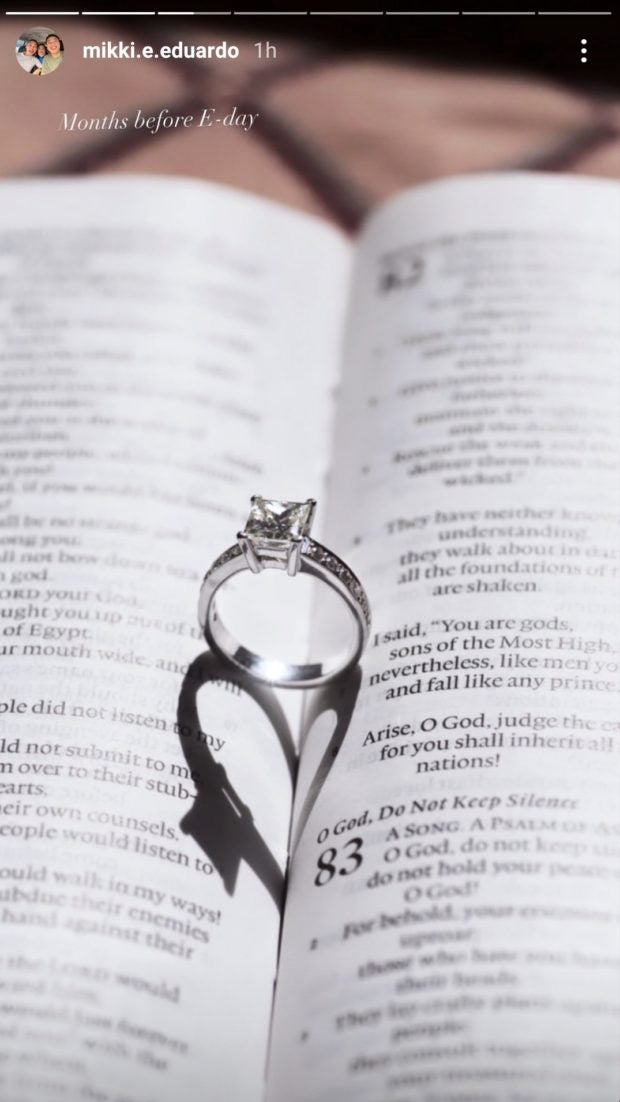 He revealed too that Gummy got a ring of her own. “Can’t be left behind,” he said. 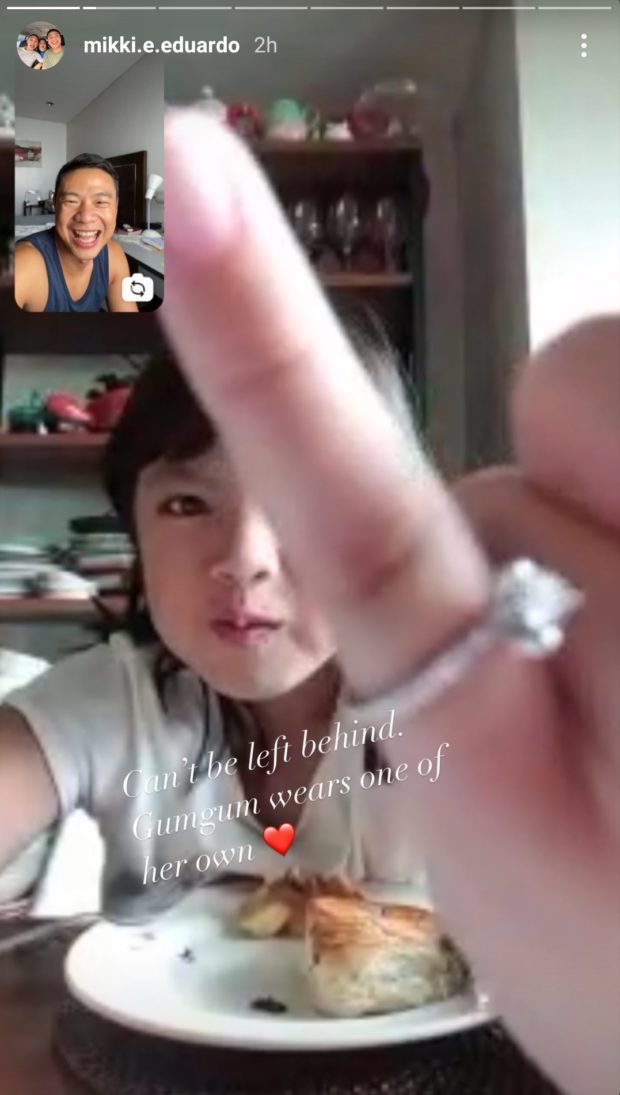 Carlos confirmed their relationship on Instagram in August, praising him for his love for both her and her daughter.

The “Mulawin” actress, who has been a single parent to Gummy since 2011, said back then, “You are perfect FOR US, my Love.”  /ra