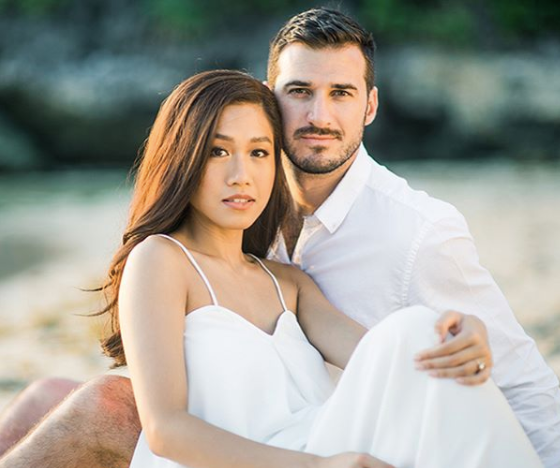 Rachelle Ann Go and husband Martin Spies have revealed in detail how they were each other’s answered prayers in their search for a life partner.

The couple opened up on how they met and fell in love with each other in the Broadway star’s vlog on Friday, Oct. 2.

Go admitted that she prayed for her future husband when she was “entering a new season in my life”—moving to New York to perform on Broadway. She said it was something she had never done, as she would only pray for whoever she was dating at the time.

Similarly, Spies told his Bible group in January 2017 that he wanted to meet his future wife that year and that they prayed for it together.

Go was hesitant to meet someone in New York since she was only going to stay there for eight months. However, her aunt insisted that she meet a man in church whom she described as “pogi (handsome), Godly.”

But when she did go to church, she spotted Spies and there was an immediate attraction. Without her knowing, he was the man that her aunt was referring to.

(While I was walking, I felt someone standing right in the corner. I looked and my heart palpitated, I took a double look indeed in slow-mo. I said, “This is the guy I am gonna marry.”)

The “Hamilton” actress would be introduced to him a week later by her aunt. Spies admitted being so interested in her that he looked her up online.

After another week, they were able to connect through a common friend from the church. Plans almost fell through because of a blizzard in New York, but Spies insisted on pushing through, even if he was not sure Go was going to make it.

“Shin walked in, I was happy it was her. Because I didn’t know it was her who’s showing up,” he said. “I was just very excited to get to know you a little bit, your story. I liked that you didn’t drink. That was a nice night.”

As they say, the rest is history. They were officially a couple by April 2017 and would get engaged in September of the same year.

Go and Spies tied the knot in April 2018 and are now based in London.  /ra