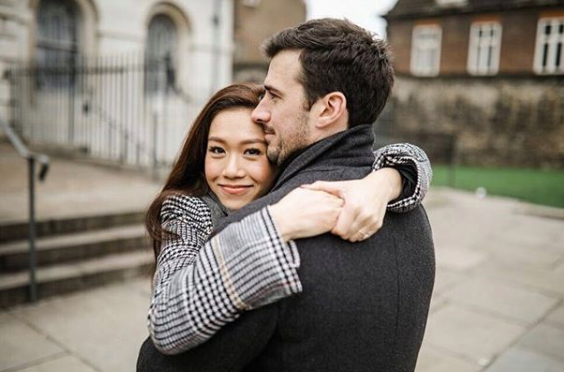 Rachelle Ann Go continues to prove that the right time will come in fulfilling one’s dreams.

The renowned theater actress gave a glimpse of the moment she first saw her London home last December via Instagram yesterday, March 10.

A video shows her giddy with a wide smile as she opened the front door to her new home with her husband, Martin Spies.

Few years ago I said, “Lord I’m praying for a house… I want one in Manila, NYC and London” (as if!🤣I mean dream on). This time last year, I was worrying so much not knowing if we should stay in London after Hamilton, explore opportunities in NYC or go back to the Philippines. 😱Months and months of confusion and anxiety. My husband reminded me “everything will be okay, God is in control…” After almost a year we found a 🏡 December 1st, my husband got the keys while I was still in Manila(thank you @spiesmj for allowing me to go home and sorry for moving on your own🙈). I got here in London on the 15th of December and as I opened the door, I felt like a kid opening a Christmas present. Swipe left for the video😅 I never realized that I will be living in London with a husband.😬Dreams do come true. 🌈 God is truly faithful. Most of the time we worry, overthink and panic. But let us be patient, it will all work out in His perfect time. Keep pursuing what you want, you’ll get it! Claim it! #shinsbucketlist

Go shared that she prayed for a house in Manila, New York and London years ago, and poked fun at herself: “[A]s if! I mean dream on.”

However, choosing where to live has weighed heavily on her mind. “This time last year, I was worrying so much not knowing if we should stay in London after Hamilton, explore opportunities in NYC or go back to the Philippines.”

“Months and months of confusion and anxiety. My husband reminded me ‘everything will be okay, God is in control…’”

The couple finally found a home after nearly a year of house-hunting. Her husband moved in ahead on Dec. 1 because she was still in Manila, and Go joined him on Dec. 15. “[A]s I opened the door, I felt like a kid opening a Christmas present,” she recalled.

“I never realized that I will be living in London with a husband. Dreams do come true,” she gushed. She married Spies, a South African businessman, in Boracay in 2018.

Go opened up about finding a home during her homecoming concert in January, as per the Philippines’ Ultimate Showbiz Hub. She said they hoped to have a two-bedroom home, but instead were able to find one with four rooms and a garden.

The actress has spent time in London, thanks to stints in West End: She was part of the 2014 “Miss Saigon” revival, was cast as Fantine in the 2016 production of “Les Miserables” and currently plays Eliza in “Hamilton” since 2017.

Go will continue to be seen on West End as she reprises her role as Fantine, she announced on March 3.  /ra