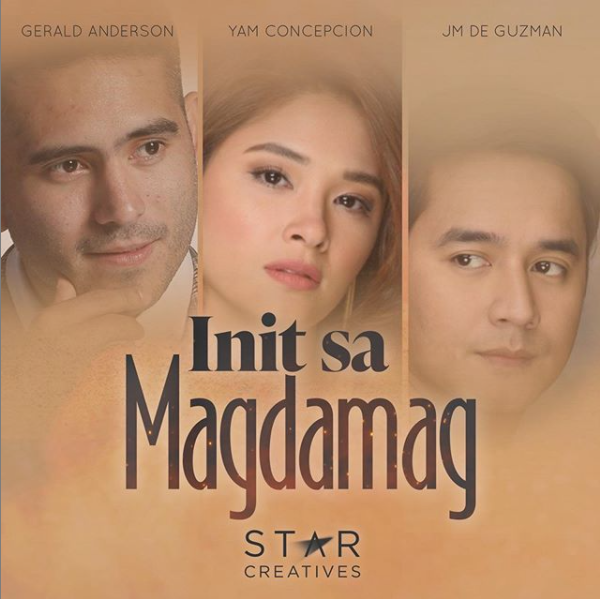 No exact release date has been revealed for the upcoming teleserye titled “Init sa Magdamag,” but Star Creatives, Star Cinema’s TV production arm, teased that it is “coming soon.”

The show and its cast were first publicly revealed on the same day through a livestream held via Star Creatives’ Facebook page, where the actors briefly shared information on the roles they will be playing.

Concepcion will play a congresswoman married to De Guzman, who is also aspiring to become a politician. Anderson, meanwhile, will be playing the role of a doctor.

Amid the pandemic, the actors and the team behind the show have been in lock-in taping in Tanay, Rizal. “Init sa Magdamag” will be helmed by director Raymond Ocampo.  /ra