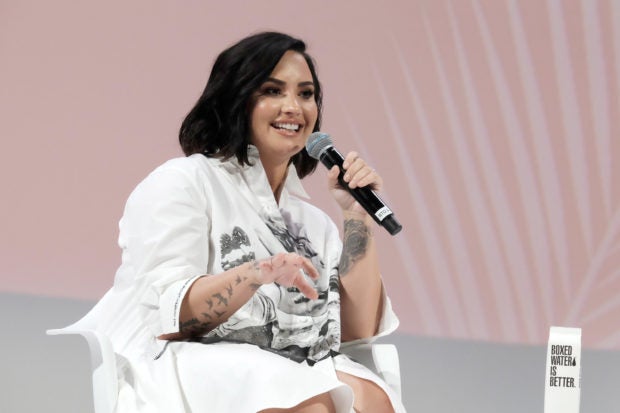 Demi Lovato and Max Ehrich seemed like a match made in quarantine heaven, but just two months into their engagement, they parted ways.

It seems like trouble began when they had to start working again, but sources told E! News that the “OK Not to be OK” singer lost her trust in him and that her family and close friends warned her about him.

The actors got together in March and were on lockdown in Lovato’s pad. By July, Ehrich popped the question in Malibu. 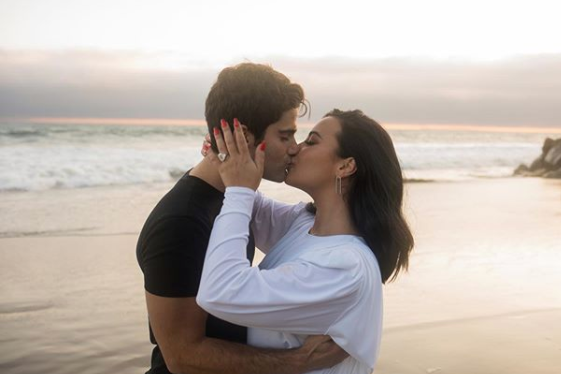 Max Ehrich and Demi Lovato on the day they got engaged. Image: Instagram/@maxehrich

After they celebrated six months together, a source told People on Thursday, Sept. 24 that they had called it quits. Photos of them together have been deleted on each of their Instagram accounts.

Their relationship supposedly went “downhill” when Ehrich was about to start filming a new project in Atlanta, Georgia, E! News reported on Friday, Sept. 25, citing a source.

“They were arguing a lot and Demi didn’t want him to go without her,” the insider said. However, with tension between them, Lovato left him and returned home to Los Angeles.

“She didn’t know who Max truly was and didn’t think he had good intentions,” the source said. “There were many red flags she was ignoring and trying to turn a blind eye to.”

The source noted too that her mother Dianna De La Garza and close friends were wary about him and thought it “best” that they break up “sooner than later.”

A second source, meanwhile, said that Lovato “doesn’t trust him and thinks he’s sketchy,” and even feels that “he proposed to get attention.”

Whatever the soap star’s intentions were, what Lovato felt for him was genuine, and that she “really loved him and wanted it to work.”

The pop star has already asked her ex-fiance to collect his belongings from her home.

Ehrich stirred controversy among Lovato’s fans when they unearthed his tweets from years ago where he compared fellow Disney star Selena Gomez to her — and he seemed to prefer Gomez. Fans also accused him of being with Lovato for “clout.”

The “Young and the Restless” actor reacted to the breakup by claiming on Instagram Stories last Saturday, Sept. 27: “Imagine finding out about the status of your relationship through a tabloid.”

“While your [sic] in the middle of filming a biopic movie about a Pastor in a Christian Church whose intention of the film is to help people.”

However, a source spoke to E! News, stating that Lovato informed him of their split and that he was “just trying to stay relevant. Her family thinks he is crazy and is so relieved she has taken this step.” Niña V. Guno/JB