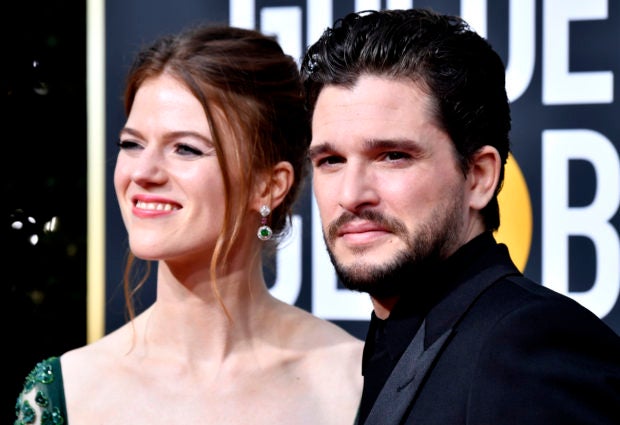 The magazine’s founder Ursula Lake shared pictures on Instagram of the actress posing in a Stella McCartney trouser suit.

She and Harington portrayed star-crossed lovers in “Game of Thrones”; Ygritte from the wildlings beyond the wall and Jon Snow from the Night’s Watch. Jon takes Ygritte as prisoner but a relationship between them develops in the winter cold.

Similarly, the two actors fell for each other while on set. They got engaged in 2017 and wed in 2018 in her family’s 12th-century Wardhill Castle in Scotland — Leslie is descended from royalty, counting King Charles II as an ancestor.

Though Leslie did not talk about preparing for motherhood in the interview, she did mention her “peaceful” living situation with Harington.

She described their home in East Anglia as “the house that Jon Snow built.”

“It’s incredibly old. We have a thatched roof, which currently has an enormous hornet’s nest in it,” she said. “I do love to think about the house and all the people who have lived there. Were they happy, how did they live? All the families passing under those ancient beam.”

“What a glorious thing to be able to run to the countryside and recoup,” she gushed. “It’s a great privilege to be surrounded by greenery, birdsong and hedgerows, and our delightful [neighbors]. It’s so peaceful.” Niña V. Guno/JB

LOOK: ‘The Mountain’ from ‘Game of Thrones’ expecting baby boy<