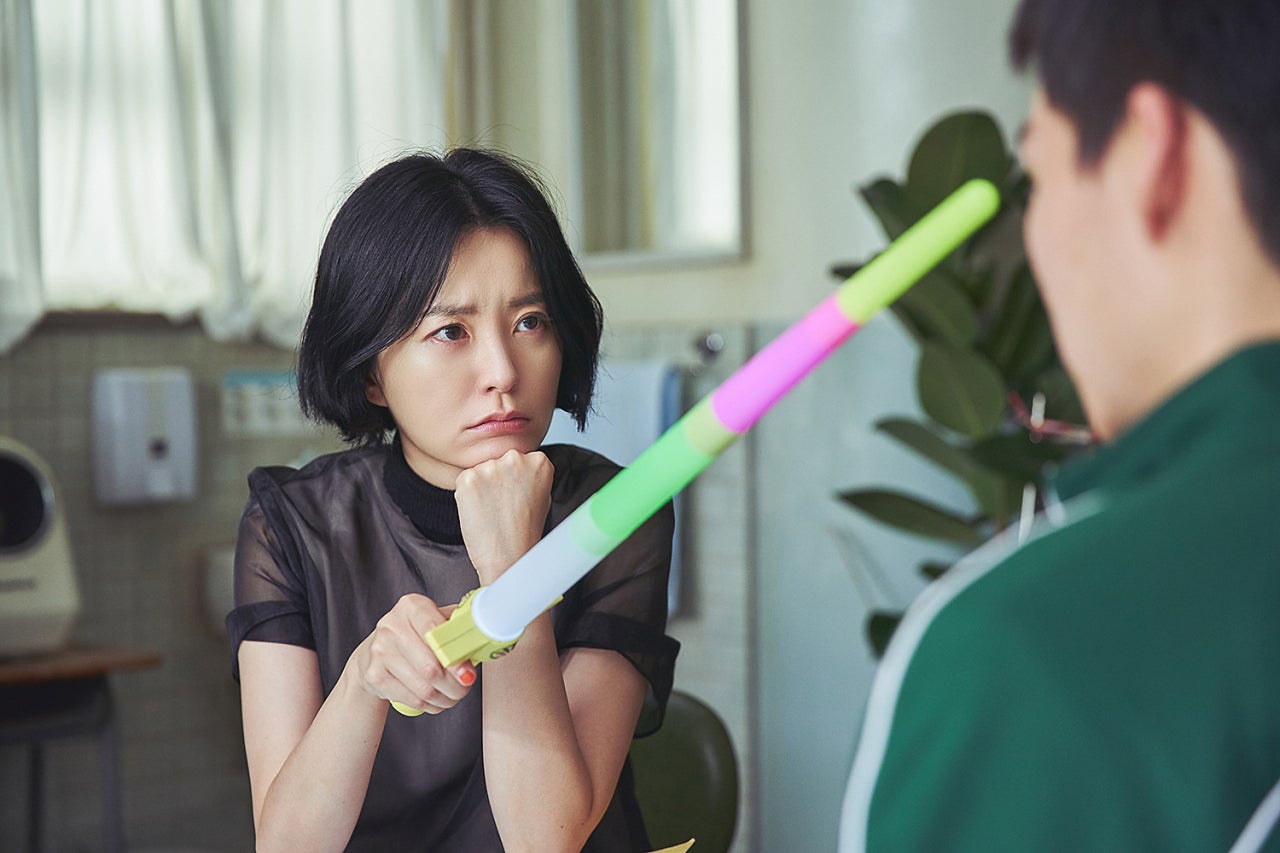 The highly anticipated drama series reached the top of the list of most popular TV shows on Netflix in Korea upon its release, according to data analytics firm FlixPatrol.

The six 50-minute episodes of the first season of “The School Nurse Files” introduces a bizarre mix of exorcism, school life and fantasy.

“The novel, on which the drama is based on, merged a foreign fantasy world well with Korean elements. I used a lot of Korean elements while directing the series, and I hope fans all over the world will be curious about them,” said director Lee Kyung-mi.

“The School Nurse Files” is about school nurse Ahn Eun-young, played by Jung Yu-mi, who can see ectoplasmic residue of human desires called “jellies.” While some jellies are harmless, taking on multiple forms like octopus, blobs and even a whale, other jellies can be a threat. By using a toy lightsaber and a BB gun, Ahn exorcises the jellies accidentally released by Chinese character teacher Hong In-pyo, played by Nam Joo-hyuk, to protect the students.

This is the first action role by veteran actor Jung, who brings to life the eccentric school nurse heroine.

“I had a strong desire to do an action-filled role,” said Jung in an online press conference Thursday. “I dreamed of action scenes like those in ‘Crouching Tiger, Hidden Dragon.’ Although very different from what I imagined, filming action scenes taking on jellies was enjoyable.”

The series is receiving mixed reviews online, with many of them focusing on the unconventional setting for a K-drama.

Some viewers, unfamiliar with the novel, expressed confusion at the fast-paced six episodes that explain the background while proceeding with the plot. Others said that once the background of the world sinks in, the chemistry between the two lead actors, along with the presence of cute and grotesque jellies, is entertaining and refreshing to watch.

There are many unexplained elements in the plot and setting of the characters in the first season, leaving fans waiting for news of the next season, which has yet to be announced.

Author Chung, who participated as a screenwriter, expressed her wish that the drama could offer comfort to the world Thursday.

“Having a chance to show this to the world audience is very special. This is a story about goodness and kindness, so I hope people treat it like a warm friend,” said Chung.