‘The Mountain’ in ‘Game of Thrones’ expecting son | Inquirer Entertainment

LOOK: ‘The Mountain’ from ‘Game of Thrones’ expecting baby boy

Hafþór Júlíus Björnsson, better known as The Mountain in “Game of Thrones”, is expecting a baby boy with his wife Kelsey Henson.

The actor made the announcement on his Instagram page last Saturday, April 11, alongside a series of photos from their small gender reveal party.

“Swipe right to see gender of the mini me!” Björnsson said.

Henson also shared the photos on her own page. After noticing the expectant mother’s fit physique, one of her followers asked about her pregnancy.

“But sweetie!! How far along are you??” the Instagram user (@andy_mzt) asked. “Because your belly stills looks very fitness.”

“@andy_mzt I’m 15 weeks, still early!” Henson said. “We found out the gender earlier because we did genetic testing through blood work!” 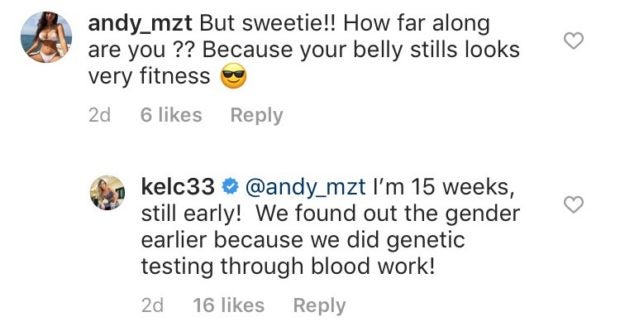 Henson also stated that she and Björnsson are set to welcome their son on Oct. 3, after another follower (@tristan_hissong) asked about the child’s due date.

Björnsson and Henson tied the knot in Iceland in October 2018. The two reportedly met in September 2017 in Alberta, Canada when the actor visited a bar where Henson was working as a waitress. JB