LOOK: 'The Mountain' from 'Game of Thrones' gets married | Inquirer Entertainment

LOOK: ‘The Mountain’ from ‘Game of Thrones’ gets married 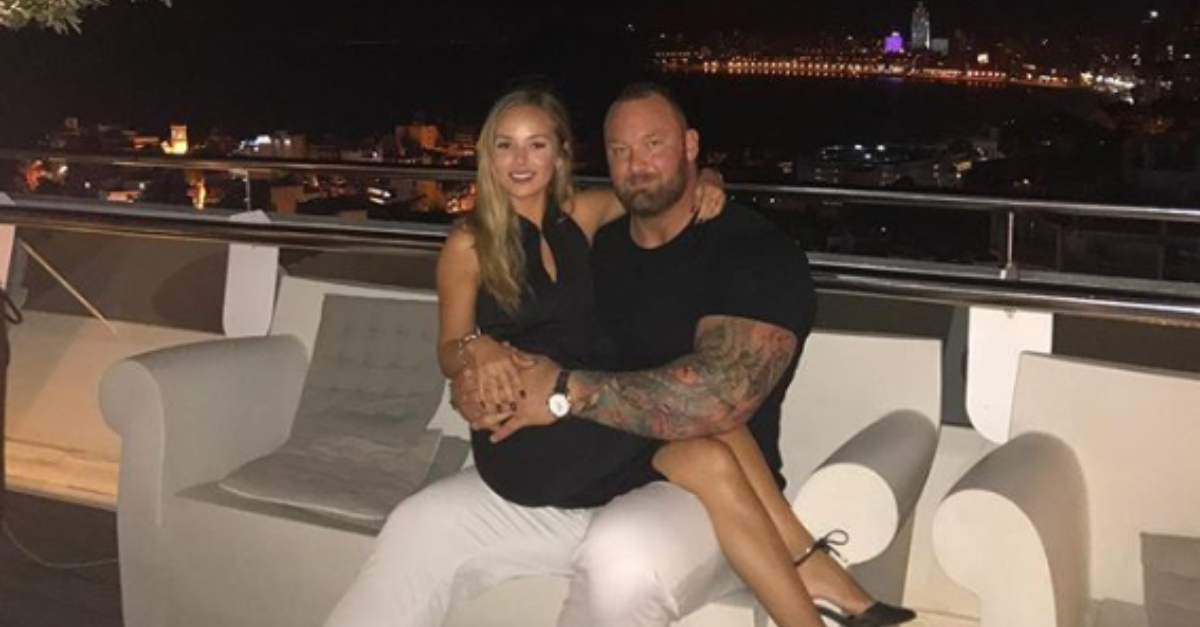 Hafþór Júlíus Björnsson, better known as The Mountain in fantasy TV series “Game of Thrones”, wed his girlfriend over the weekend.

Björnsson made the announcement on his Instagram account last Saturday, Oct. 20. He shared a picture of him carrying partner Kelsey Henson over Iceland’s lava fields.

The actor and professional strongman, who stands at nearly 7 feet, said, “It is with great pleasure that I now get to call Kelsey Morgan Henson my wife.”

“I get to hold this beautiful woman through thick and thin for the rest of our lives! I’m so excited for all of the future adventures we will tackle side by side.”

Henson, a 28-year-old Canadian, also posted a picture of them where she holds her husband’s hand as they walk through the fields.

“Looking forward to pulling this big guy around for the rest of my life,” she wrote. “I love you now and forever and promise to stand by your side through all that life throws at us. I love you baby!”

Henson, 28, and Björnsson, 29, reportedly met in September 2017 in Alberta, Canada, as per TMZ. Henson was a waitress at a bar which Björnsson visited while he was in town for a strongman competition.

The night they supposedly met was captured in a picture Henson shared last year where she wrote, “Met Hafþór, AKA The Mountain, from ‘Game of Thrones’!” By November of the same year, Björnsson would take her to his home country of Iceland.

The two have been jet-setting since, even visiting Manila for the 2018 World’s Strongest Man competition in April, which he would go on to win. During their stay, they met Senator Manny Pacquiao.

Though their height difference has shocked some — Henson’s social media profile says she is 5’2” — the couple has proven that indeed, size does not matter. JB

LOOK: ‘The Mountain’ from ‘Game of Thrones’ is in Manila for weightlifting battle