LOOK: 'The Mountain' from 'Game of Thrones' is in Manila for weightlifting battle | Inquirer Entertainment

LOOK: ‘The Mountain’ from ‘Game of Thrones’ is in Manila for weightlifting battle 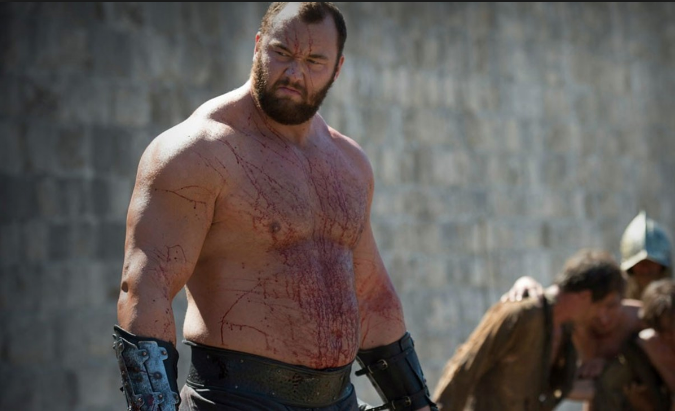 Hafþór Júlíus Björnsson as Ser Gregor Clegane a.k.a. “The Mountain” in the HBO series “Game of Thrones”. Image: Facebook/Game of Thrones

“Game of Thrones” fans are in for a treat as one of its characters is currently in Manila for a weightlifting event.

Hafþór Júlíus Björnsson, who plays the mighty Ser Gregor Clegane a.k.a. “The Mountain” in the hit HBO series, will participate in “The World’s Strongest Man” slated on April 28 at the Rizal Park.

The Icelandic strongman and actor was shown in a photo posted by the Department of Tourism’s (DOT) official Facebook page today, April 26.

In its 41st year, “The World’s Strongest Man” contest will gather 30 competitors. Eddie Hall from England currently holds the title after he won last year in Botswana.

The Philippines is this year’s host for the competition. The qualifiers will run from April 28 to May 1, with the finals happening on May 5 and 6.

Other locations such as the Coconut Palace, Quirino Grandstand, Bonifacio Global City, University of the Philippines – Diliman and Club Intramuros Golf Course have been chosen to hold the event. JB

Final ‘Game of Thrones’ season will air in 2019