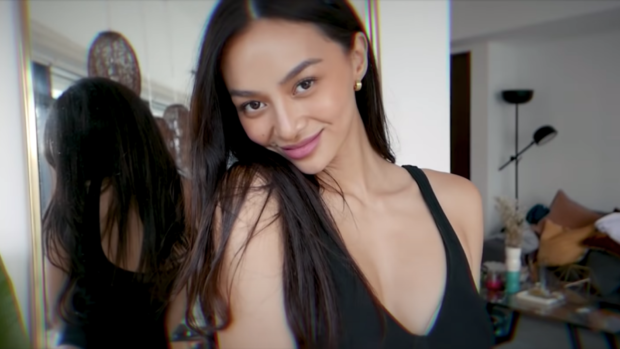 Kylie Verzosa in the music video for “Binibini” by Cean Jr. (Image: Screengrab from YouTube/O/C Records)

Jake Cuenca showcased his talent behind the camera as he directed and shot a music video that starred his girlfriend, Kylie Verzosa.

The video was created for Filipino artist Cean Jr.’s song called “Binibini,” the actress said in her Instagram post on Sept. 22. Verzosa also pointed out that they created the whole video while in quarantine.

The short production features Verzosa in her condo unit as she goes through her day. Cuenca said on his own page that it “is a reflection of how beautiful [he sees] her through [his] eyes.”

O/C Records, owned by Kean Cipriano, released the song and its accompanying music video on its YouTube page as well. It explained that the track highlights Cean Jr.’s “ way of interpreting realness and fascination of an unexpected encounter and a once in a lifetime chance to express feelings towards surreal and time-slowing circumstances.”

While Cuenca shot and directed the video, Cipriano came up with the concept and Charlton Serrano edited the footage. “Binibini” was composed, produced and arranged by Cean Jr.

Aside from working on the music video together, Cuenca and Verzosa have appeared alongside each other in the TV drama series “Los Bastardos.” They confirmed that they were in a relationship back in September 2019 on the TV talk show “Tonight with Boy Abunda.”  /ra

LOOK: Jake Cuenca pokes fun on time when his ‘crush’ didn’t have a crush on him yet