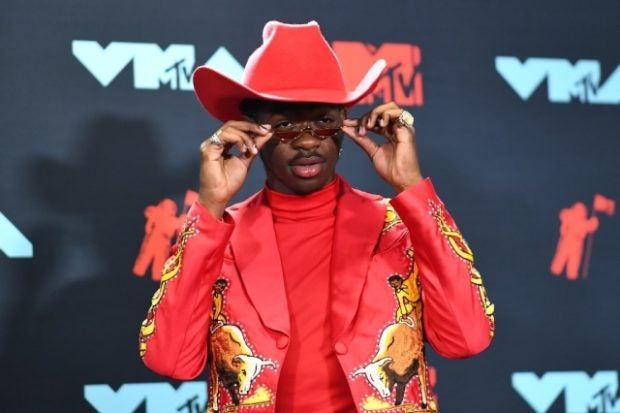 You might know them as musicians, actors and talk-show hosts, but they may be known to your children as the authors of their favorite bedtime stories. Large numbers of celebrities including the likes of LeBron James and Jimmy Fallon are launching titles in the booming United States market for children’s books, which has generated sales of $2 billion since the beginning of this year.

Having stormed the charts with his hit “Old Town Road”, Lil Nas X has now branched out from writing songs to pen his first children’s book, “C for Country”.

The work, which tells of the American singer’s fantastic adventures with his trusty pony, Panini, features illustrations by Theodore Taylor III. It also aims to teach children aged 3-7 the letters of the alphabet with an introduction to cowboy hats, wide-open pastures and a selection of all things country.

Lil Nas X has modestly announced on social networks that “C for Country” will be the “best kids’ book of all time,” however, the 21-year-old singer-songwriter is not the only celebrity bringing out works for children.

i’m dropping the best kids book of all time soon! C IS FOR COUNTRY, out January 5, 2021 from @randomhousekids. I can't wait to share it with you all. You can pre-order it right here!!!: https://t.co/lLqM4CqXA5 pic.twitter.com/h0hhnlvPTO

Axl Rose and his associates in Guns N’ Roses are also branching out into the world children’s literature with “Sweet Child O’ Mine”. The book draws inspiration from the lives of Maya and Natalia Rose, the daughter and niece of group manager Fernando Lebeis, who grew up on the road with the band.

Unlike “C for Country,” “Sweet Child O’ Mine” was written with assistance from the highly regarded novelist James Patterson, who has already sold 300 million books worldwide.

Although he may not have sold as many copies as James Patterson, American basketball player LeBron James has nonetheless made it onto the prestigious The New York Times Best Seller list with his first book for children “I Promise”.

Breaking: I Promise is officially a @nytimes BESTSELLER… at No. 1️⃣ for Children’s Picture Books! 🙌 pic.twitter.com/NVsAAP3ghW

The book is based on a program sponsored by the LeBron James Family Foundation, which has helped 1,400 low-income children living in Akron, Ohio, the NBA champion’s hometown.

The success of “I Promise” is by no means an isolated case. Books by the talk-show host Jimmy Fallon have also sold millions of copies worldwide.

“Your Baby’s First Word Will Be DADA”, “Everything Is Mama” and “This Is Baby” also gained the distinction of featuring on the New York Times Best Seller list.

Jimmy Fallon plans to repeat this achievement with his upcoming fourth book for children, “5 More Sleeps ‘Til Christmas”, which is due to be published by Feiwel & Friends on Oct. 27. NVG

Is ice cream the latest accessory for rappers?