Hillary Clinton is about to unleash her long-awaited new podcast 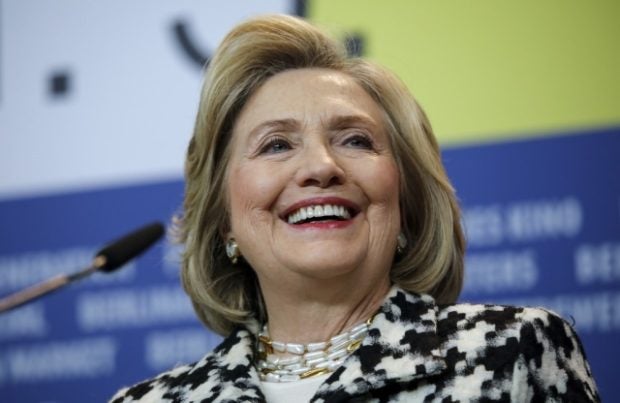 There is no denying that Hillary Clinton knows how to keep her fans in suspense. After almost eight months of preparations, the former U.S. presidential candidate has finally announced that her podcast, “You and Me Both,” will be available on multiple platforms from September 29.

Her choice of timing is interesting to say the least, because the series of 24 interviews will be released just five weeks before the next presidential election in the United States.

In “You and Me Both,” Hillary Clinton will conduct a succession of interviews on a range of topics that the former White House candidate believes are too rarely discussed in public debate. These include mourning, the notion of resilience and, more surprisingly, the trend for athleisure.

“I’m excited to bring these eye-opening, powerful, sometimes hilarious conversations to the forefront and open up new avenues of discussion with some of the people I find most fascinating,” explains Hillary Clinton in a statement.

The former Secretary of State has been preparing the launch of her podcast for several months, ever since her partnership with iHeartMedia was announced in February of this year. A hiatus that was much to the advantage of former First Lady Michelle Obama, who presented the first episode of her show, “The Michelle Obama Podcast”, at the end of July.

Even Bill Clinton is launching a podcast

Having said that, Hillary Clinton is by no means a newcomer to the flourishing podcast industry. During her presidential campaign, the former American senator already treated her supporters to “With Her”, a podcast in which she provided behind-the-scenes insights on her bid to become the next incumbent in the White House.

She has even transmitted her passion for the new audio format to her husband, Bill Clinton, who recently announced the launch of his forthcoming podcast in 2021. The new show will build on the popularity of the former president’s previous podcast, “Why Am I Telling You This?”, which he hosted until last October along with his daughter Chelsea. NVG

Podcasts are the A-list’s new must-have

Amazon cranks up its music service with podcasts