Music memories from the OPM Archive 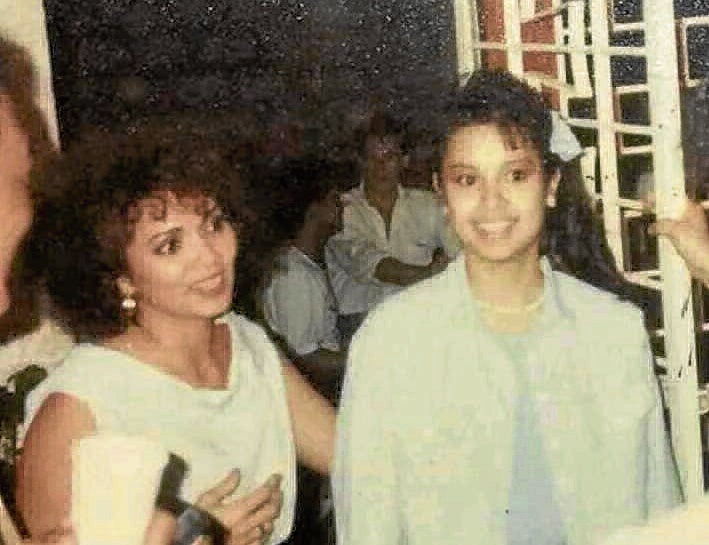 While the OPM Archive’s physical home has yet to have a definite launch because of the COVID-19 pandemic, its official website and Facebook page are already being updated with digitized versions of old photos and other memorabilia.

An interesting find in the project’s still growing collection is this photo of icons Celeste Legaspi and Lea Salonga, taken at the Christmas party of the Organisasyon ng Pilipinong Mang-aawit (OPM; not related to the archive project) in 1987.

Celeste, then president of OPM, recalled being happy that Lea attended the event, despite a bit of misunderstanding earlier that year.

“This was during the time OPM was being attacked almost daily by the press, because I had sent them letters asking to support Gary Valenciano’s concert that was scheduled at the same time as the concert of (the pop boy group) Menudo. What I failed to know was Lea was a guest in that Menudo concert,” Celeste related to the Inquirer through OPM cofounder Girlie Rodis.

Celeste reached out to Lea and apologized. 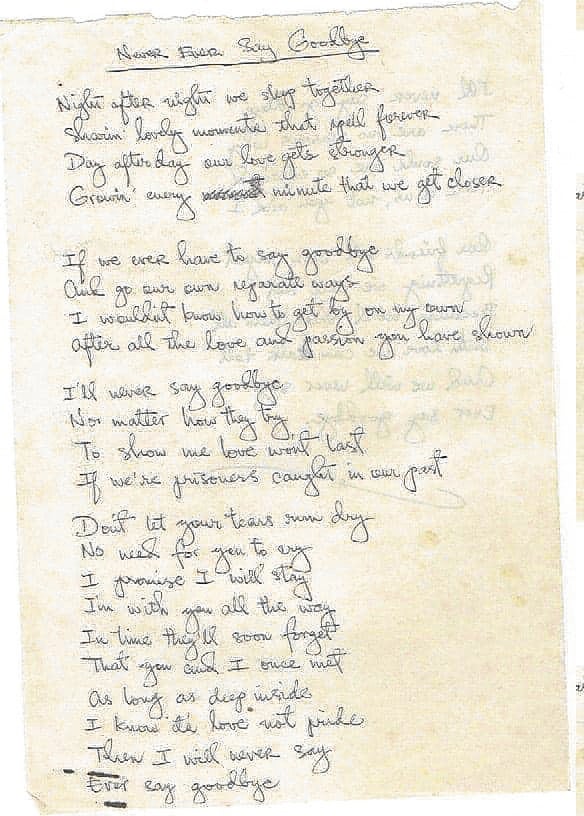 “She came to the Christmas party that year to show that it was fine with her. We played unique games. One was we had to sing a melody after hearing it only once—as only professional singers can,” she recalled.

“And that was how I learned that Lea has a very good ear for music—one of the main reasons I singled her out, maybe two months later to audition for “Miss Saigon.”

Another precious memento featured on the OPM Archive is a scan of the late great composer Willy Cruz’s handwritten lyrics sheet of his classic composition “Never Ever Say Goodbye,” which Celeste performed, and would later on, become associated with another renowned singer, Nonoy Zuñiga.

Television writer-artist Tats Rejante Manahan, who helped put up shows featuring Filipino artists for King Hassan II of Morocco in the 1980s, had asked Willy to join the third one in 1982. And it was in a meeting leading to the said show that Tats first got hold of this piece of memory.

“It was one of those days when I had to meet with Willy over some matter regarding the Morocco show that brought me to his house that afternoon. When I got there, Nonoy was by the piano with Willy. They were running through what sounded like a new composition of Willy,” wrote Tats, also a cofounder of the OPM Archive.

“He handed me this lyrics sheet and asked me what I thought of the lyrics, and then promptly played the piano as Nonoy sung. What did I think of the lyrics? The lyrics and the signature heart-wrenching melodies of Willy Cruz could only bring down a tear or two when the song reached its final crescendo,” she added. These are just two of the many stories the OPM Archive intends to tell through photos, posters, musical scores, books, press releases, songs hits, album covers and other items pertinent to the history, evolution and behind-the-scenes happenings in the local music scene. Once completed—and once the situation finally permits—the OPM Archive will make its collection available at The Filipinas Heritage Library, with the hope of providing a bit of nostalgia and comprehensive source for future studies and research.