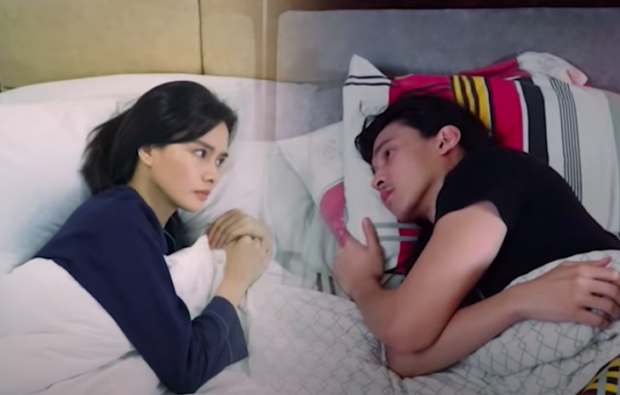 Erich Gonzales (left) and Enchong Dee in “You. Me. Maybe” (Image: screengrab from YouTube/Enrich Originals)

Erich Gonzales and Enchong Dee have finally released the full trailer for their first-ever digital series “You. Me. Maybe.” under their Enrich Originals YouTube channel.

The onscreen partners also treated fans to some behind-the-scenes footage from the series on the same video, which they uploaded on YouTube on Sept. 12.

“You. Me. Maybe.” tells the story of Gian and Gianna—respectively played by Dee and Gonzales—who Dee described as individuals “who found certainty during uncertain times.”

The series is helmed by director Erika Chryselle Gonzales Gancayco and written by Noreen Capili, one of the writers in “Katorse,” the show where the Enrich love team was first introduced.

The actor said “You. Me. Maybe.” is light and a feel-good show as they want to help lighten people’s lives amid the COVID-19 pandemic.

(This, Enrich Originals, is really for you guys who continuously support us and hopefully, we will be able to give smiles and happiness to your hears—that is what our goal here really is anyway.)

Read Next
WATCH: Dave Grohl writes, plays song for 10-year-old girl who challenged him to drum-off
EDITORS' PICK
Duterte meets with Cayetano, Velasco amid speakership issue
Feud is over: Velasco next Speaker on Oct. 14
Water remains our saving grace right now
House to probe Facebook takedown of gov’t accounts
Get 80% OFF Ignite 2020 Cyber Tickets starting 28 September
Smart poised to turn PH into ‘Smart 5G country’ with nationwide rollout
MOST READ
Velasco to take over as Speaker on Oct. 14
‘I offered to resign’ because of endless corruption, says Duterte
Gun attack in PMA: Air Force man killed, 2 others wounded
Duterte meets with Cayetano, Velasco amid speakership issue
Don't miss out on the latest news and information.