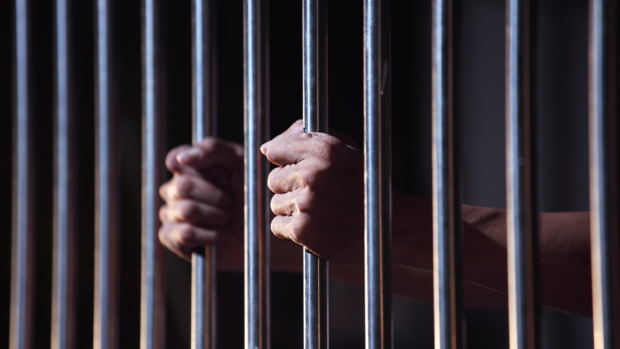 A modern “Arabian Nights” set in one of Africa’s most notorious prisons has become one of the breakout hits of the Venice film festival, snapped up by distributors in the United States and Europe.

“Night of the Kings” by the Ivory Coast-born director Philippe Lacote is about a young gang member who has to tell a story that will last till dawn if he is to survive his first night in Abidjan’s teeming La MACA jail.

As he recounts the story of a young outlaw, into which he weaves traditional griot legends his mother taught him, rival groups of inmates battle to control the prison.

Variety called the throbbing drama, which plays out under a blood-red moon, an “awards contender,” while The Hollywood Reporter hailed its narrator as a “modern-day Scheherazade.”

“This captivating hybrid of a movie mixes fairytale and storytelling with a vividly-drawn backdrop of heightened realism,” its critic Boyd van Hoejj wrote.

The frightening reality of the prison — which the film claims is the “only one in the world run by its inmates” — is something Lacote knows well.

Mother was locked up

“My mother was locked up in La MACA for political reasons when I was a kid,” he told Agence France-Presse in Venice.

Surrounded by thick jungle in a former national park, the concrete hellhole “has been part of my imagination for a long time,” said the director, whose last film “Run” was shown at Cannes in 2014.

“A lot of the friends I grew up with in my neighborhood ended up there and some of them died there,” Lacote added.

The tale that the movie’s young hero chooses to tell is of Zama King, the real-life leader of one of the bands of armed street crooks Ivorians call “Les Microbes” (The Germs).

“Zama was lynched after he committed numerous crimes,” said the journalist and documentary maker, whose strife-torn west African homeland is often the backdrop of his work.

“Les Microbes are kids aged from eight to 18 who are behind a lot of the violence in poor neighborhoods in Abidjan, often attacking people with knives and machetes,” Lacote said.

Indeed, the director was set upon himself last December in the city, sustaining wounds to his head, leg and hands.

“It was a serious attack,” he told reporters, though nothing to do with his film or his work — just a case of “fiction becoming reality in my life,” he said ruefully.

The gangs also “used by those in power in the Ivory Coast as militias to scare their opponents,” Lacote told AFP.

The wars going on between the prisoners in the film are for him a mirror of the once relatively prosperous country’s strife-torn recent past.

“We have lots of leaders who crave power,” said Lacote, whose 2008 film “Chronicles of War in the Ivory Coast”, cast a sharp eye on the first of the two civil wars it has suffered since the turn of the century.

He said “young people have been bound in a knot” of competing parties and factions.

The Ivory Coast has become “over-politicized since independence” from France, he insisted, with “never-ending power struggles like those going on in La MACA.”

With the country going to the polls in a presidential election on Oct. 31, he fears a new generation is being used “to fight out this conflict.” RGA