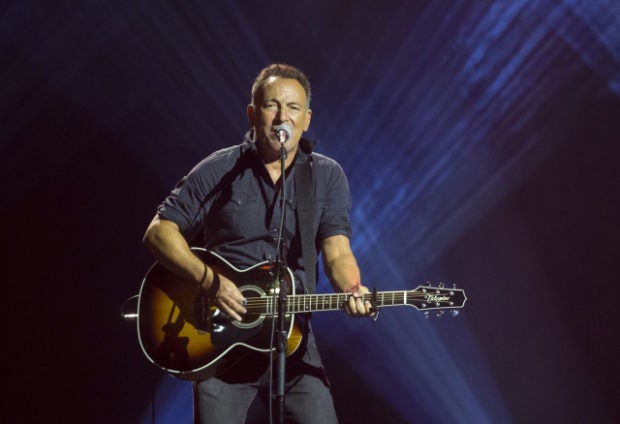 Bruce Springsteen performs during the closing ceremony of the Invictus Games 2017 in Canada. Image: AFP/Geoff Robins

Bruce Springsteen announced Thursday he will release a new album on Oct. 23, giving fans a sneak peek by dropping its title track “Letter To You”.

With its layered guitars and dramatic percussion, the song is classic E Street Band — the group Springsteen has performed with since 1972 — which returned to back The Boss’s 20th studio album after he released his 2019 record “Western Stars” solo.

“I love the emotional nature of ‘Letter To You’,” the 70-year-old performer said in a statement.

“And I love the sound of the E Street Band playing completely live in the studio, in a way we’ve never done before, and with no overdubs,” he continued, saying they made the album in just five days, recording at his home studio in New Jersey.

“It turned out to be one of the greatest recording experiences I’ve ever had.”

“Letter to You” features nine songs Springsteen penned recently, along with new versions of three previously unreleased tracks from the 1970s: “Janey Needs a Shooter”, “If I Was the Priest” and “Song for Orphans”.

The album is Springsteen’s first time back with the E Street Band since his 2016 tour “The River.”

It comes one year after New Jersey’s favorite son released his meditative “Western Stars” album and concert film hearkening back to the 1970s-era golden age of the Laurel Canyon music scene.

It was a musical departure for the superstar who burst onto the international stage in 1975 with “Born to Run”, developing a signature hard-driving rock style recounting the mundanities of everyday life.

Last year in a public conversation with Martin Scorsese, Springsteen revealed he was likely returning to those roots, saying he had struggled writing songs for the rock band but had a breakthrough.

In the spring of 2019, he said: “I wrote almost an album’s worth of material for the band… it just came out of almost nowhere. I had almost two weeks of those daily visitations and it was so nice. It makes you so happy.” RGA