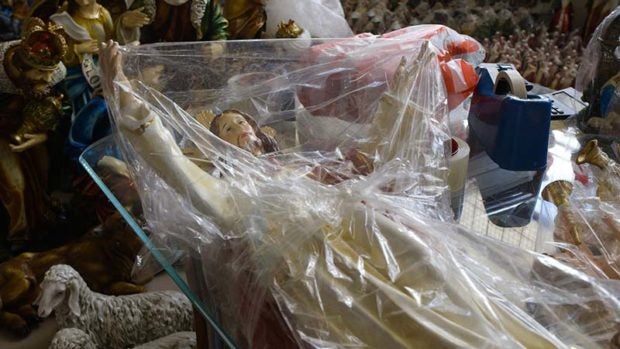 The film was presented alongside other Filipino documentaries, as per Variety on the same day.

While the scheduled Cannes Film Festival for this year has already been canceled, Cannes Docs stands as a separate program which presents documentaries that are in advanced stages of production and needing support for festival premieres, and finding sales agents and programmers.

The movie is helmed by filmmaker Joseph Mangat and produced by Alemberg Ang.

“‘Holy Craft’ examines the peculiarities of religion, labor, capital and gender all intersecting at a Catholic figurines factory in the Philippines, where devout LGBTQ workers and outcasts pray to the same items they make,” its synopsis said.

“Through his project, the director offers a look into the backdoor of the Catholic religion business, highlighting its most hidden protagonists, the poor workers of a profit-based economy,” jury member Lina Soualem was quoted as saying.

“It’s an intriguing and fascinating subject tackled through an observational point of view with a touch of the absurd which allows us to dive into the contradictions of our contemporary world, balancing between the sacred and the profane,” she added.

Ang later spoke about their achievement on his Facebook page on the same day.

“WE WON!!! Out of 32 amazing projects at Cannes Docs, our documentary, ‘Holy Craft’ by Joseph Mangat won the top prize,” he expressed. “I still can’t believe. The film has gone through so much and there were so many times that we felt like giving up on it already.”

WE WON!!! Out of 32 amazing projects at Cannes Docs, our documentary, Holy Craft by Joseph Mangat won the top prize. I…

He also thanked their “small but super talented” crew members for their work on the film so far.

“Congrats guys! We still have a few more steps in working on our film before we finally get to release it,” he said alongside a post of Marché du Film – Festival de Cannes that announced the documentary’s win.

Joe and I would like to share this award to our very small but super talented crew. Our cinematographer Albert Banzon,…

Along with the award, the team behind the documentary will also receive a cash prize of 10,000 euros ($11,200, P558,000) and professional project follow-up, supported by the International Emerging Film Talent Association.

According to the event’s site, the documentary is expected to premiere later this November. Ryan Arcadio/JB

Read Next
‘You’re not alone’: Maxene Magalona gives reassurance to people with PTSD
EDITORS' PICK
Writers’ groups join outcry over KWF move
Taiwan’s foreign ministry thanks U.S. for maintaining security in Taiwan Strait
Powered by style, innovation and passion
House energy committee chair Arroyo bats for cheap electricity
A laptop that maximizes your WiFi so you can maximize your productivity
Authors unbowed after gov’t ‘purge’ of books
MOST READ
Arjo Atayde reveals proposal to Maine Mendoza was ‘more than a year’ in the making
‘FPJ’s Ang Probinsyano’ officially ends after nearly 7 years
Angelica Panganiban, Camille Prats recall ‘trauma’ of being called out for weight gain in ‘G-mik’
Most wanted person in Cebu arrested — PNP
Don't miss out on the latest news and information.