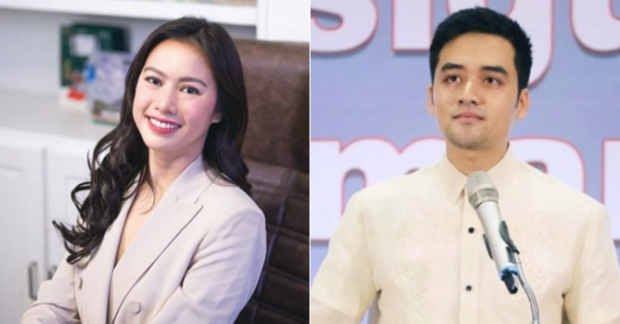 San Manuel, Tarlac Mayor Donya Tesoro was in the noontime show for the “Bawal Judgmental” segment when she was asked by Paolo Ballesteros and Jose Manalo about her love life.

The 28-year-old said she had no boyfriend, which prompted Ballesteros to ask about her type. She said she was not particular about looks, as long as he was not a womanizer and understood the demands of her work.

Manalo then suggested that perhaps she should marry a mayor too, though Tesoro said her love life was not a priority. Manolo then made an attempt to hint at Vico when he asked about her favorite food.

He then asked Tesoro if she had suitors, to which she replied, “Hi Bossing! Parang wala. Parang ayaw naman nila sa akin.” (Hi Bossing! It looks like there’s none. It seems they don’t like me.)

At this response, Vic picked up his phone and pretended to call his son.

Tesoro said, “Maraming nagte-text, nangungutang, humihingi ng tulong, pero walang nanliligaw.” (Many text me for loans, asking for help, but no one is courting me.)

Tesoro was voted into office as mayor in the 2019 mid-term elections. She was vice mayor prior to the post. Her father is Benjamin Tesoro who currently serves as vice mayor. JB