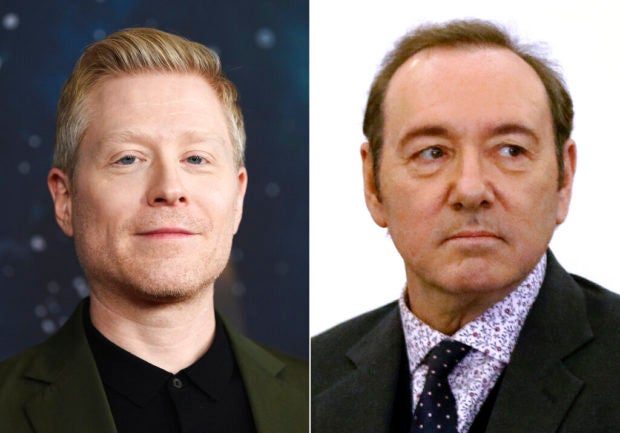 On Wednesday, Sept. 9, 2020, Anthony Rapp (L) was one of two men who filed a lawsuit against Kevin Spacey, accusing the actor of sexual assaults in the 1980s when he and the other plaintiff, who is known as “C.D.” were teens. AP Photo, File

NEW YORK — Actor Anthony Rapp and another man filed a lawsuit on Wednesday against actor Kevin Spacey, accusing him of sexual assaults in the 1980s when they were teens.

Rapp, who starred in “Rent” on Broadway and in “Star Trek: Discovery” on TV, had first spoken out against the Oscar-winning Spacey in 2017, a decision that led to others speaking up and Spacey’s up-to-then celebrated career coming to an abrupt end.

In the lawsuit, filed in state Supreme Court in Manhattan, Rapp detailed what he has said publicly about Spacey, that the older actor made a sexual advance to him when a teenage Rapp attended a party.

When Rapp first made the accusation, Spacey issued a statement saying he didn’t remember the encounter but apologized.

The other plaintiff, who goes by the initials C.D., said that he met Spacey as a teenager while taking an acting class, and that Spacey invited him to his apartment on multiple occasions and engaged in sexual acts with him. In the lawsuit, the plaintiff said Spacey attempted to assault him sexually on his final visit.

An email seeking comment was sent to Spacey’s attorney.

Since the allegations started emerging, Spacey has been embroiled in other legal cases. Last October, prosecutors in Los Angeles rejected a sexual battery case because the accuser had died.

In July, prosecutors in Massachusetts dropped a case after the 18-year-old man who accused Spacey of groping him refused to testify.

The Associated Press does not normally name people alleging sexual assault unless they come forward publicly, as Rapp has done. NVG

Read Next
If you have ever dreamed of being a contemporary artist, this might be the playlist for you
EDITORS' PICK
House energy committee chair Arroyo bats for cheap electricity
Authors unbowed after gov’t ‘purge’ of books
A laptop that maximizes your WiFi so you can maximize your productivity
Taiwan’s foreign ministry thanks U.S. for maintaining security in Taiwan Strait
Powered by style, innovation and passion
Writers’ groups join outcry over KWF move
MOST READ
Actor Anne Heche ‘brain dead’ after crash – US media
SC: Natural-born dual citizens may not renounce foreign citizenship
Alyssa Valdez still impresses former Taiwanese coach
Salman Rushdie, novelist who drew death threats, on ventilator after New York stabbing
Don't miss out on the latest news and information.