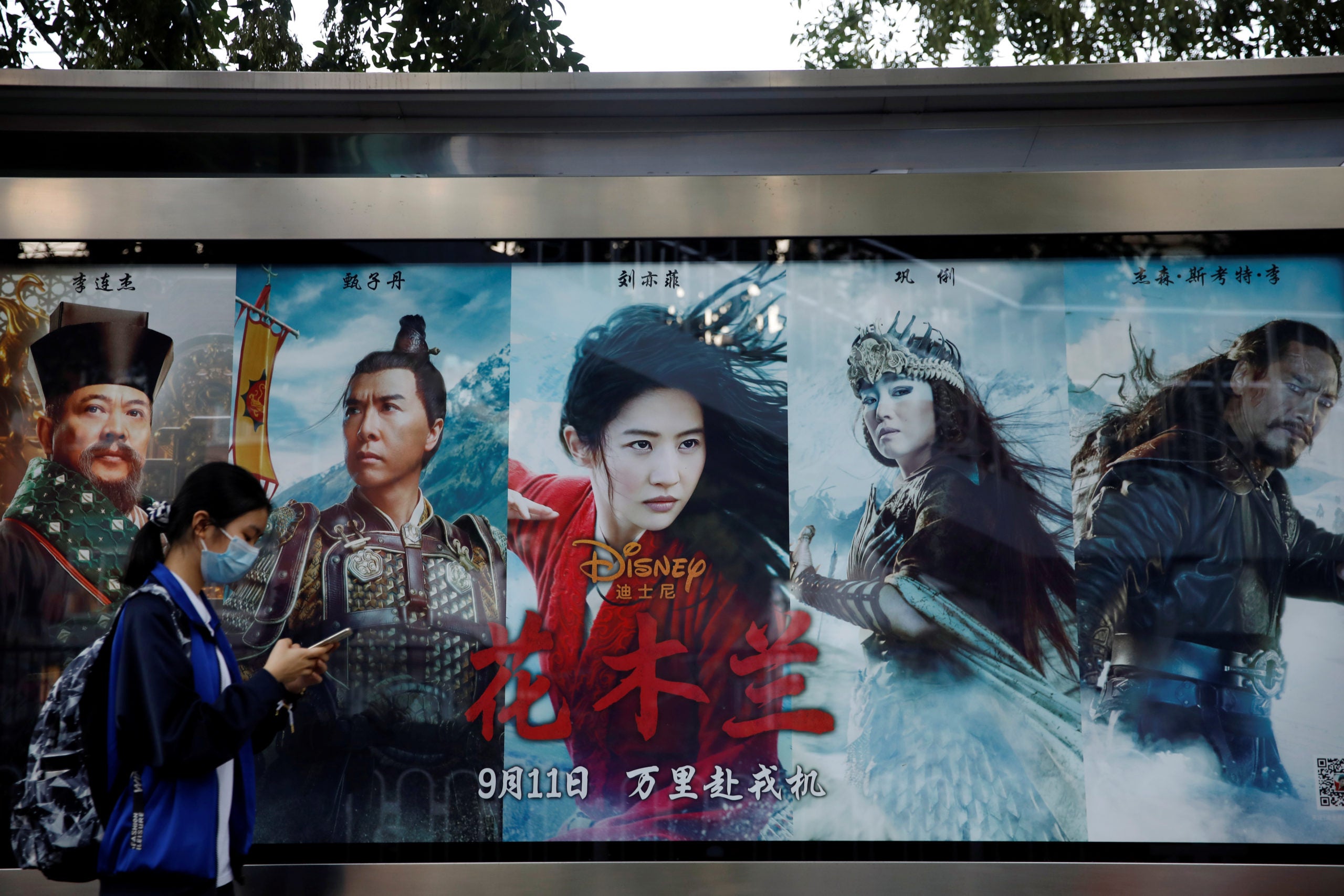 BEIJING—Chinese authorities have told major media outlets not to cover Walt Disney Co’s release of “Mulan,” in an order issued after controversy erupted overseas over the film’s links with the Xinjiang region, four people familiar with matter told Reuters.

Set to open in local theaters on Friday, Disney had high hopes for Mulan in China, but starving it of publicity in the country’s strictly censored media would be another blow to the $200 million production.

But mixed reviews online and capacity limits in theaters due to coronavirus prevention measures were likely to weigh on its box office performance, even before major media outlets received a notice telling them to refrain from covering the movie.

Three sources told Reuters media outlets had received the notice, two of whom said it was sent by the Cyberspace Administration of China. A fourth source at a major Chinese newspaper said he received a text message with a similar order from a senior colleague.

No reason was given in the notice, but the sources said they believed it was because of the overseas backlash over the film’s links to Xinjiang.

Neither the Cyberspace Administration or Disney immediately responded to requests for comment.

Partly shot in Xinjiang, Mulan’s credits included thanks to the authorities there, which prompted calls overseas for a boycott of the movie. China’s clampdown on ethnic Uighurs and other Muslims in Xinjiang has been criticized by some governments, including the United States, and human rights groups.

On Wednesday, the Global Times, a tabloid run by the ruling Communist Party’s People’s Daily, criticized the backlash against the movie in an editorial in its English edition, describing it as “another manifestation of the extreme ideologies regarding China among US public opinion.”

Disney had worked to ensure Mulan tested well with Chinese audiences, and the company’s chief financial officer told investors on Wednesday that it was “very pleased” with the initial results of its release elsewhere.

The movie was released on Disney’s streaming service in many markets, rather than in cinemas, due to the COVID-19 outbreak.

Mulan is likely to be shown on more than 40% of China’s screens on Friday, according to data from Maoyan, a Tencent-backed ticketing platform. Chinese theaters are currently limiting capacity, typically at 50 percent.

The film had sold 9.78 million yuan ($1.43 million) worth of tickets as of Thursday afternoon, accounting for 55% of all ticket sales sold across China for Friday’s shows.

One analyst, who declined to be named because he said the situation is sensitive, predicted the film would earn a dismal 150 million yuan at mainland box offices, given early audience reviews.

The film, which many have already seen online, has received a 4.7 score out of 10 on popular social media site Douban, where users leave reviews of films, books and music.