If you have ever dreamed of being a contemporary artist, this might be the playlist for you | Inquirer Entertainment
Close
menu
search

If you have ever dreamed of being a contemporary artist, this might be the playlist for you 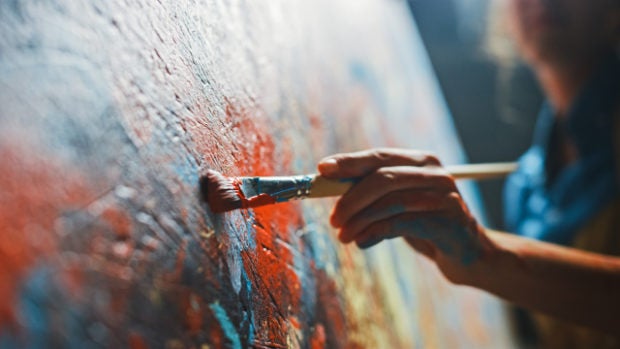 Some of the biggest names in contemporary art have revealed the secrets of their studio playlists in the ‘A brush with…’ podcast by The Art Newspaper. Image: Gorodenkoff / Shutterstock

It is well-known that music calms the soul, but how does it affect artistic creation? The Art Newspaper called on contemporary artists Jenny Saville, Chantal Joffe, Rashid Johnson and Michael Armitage to share the titles of songs that they often play in their studios.

Interviewed for the “A brush with…” podcast, the four artists have revealed a preference for very eclectic playlists of music to inspire the different stages of artistic creation.

British painter Jenny Saville describes herself as “pretty ruthless with music,” and admits to often putting the same piece on repeat when she is busy with a work.

“So it’s very annoying; if anybody were in my studio, they would just be going completely crazy, because I can listen to one single piece of music for the whole duration of an artwork, or even for a show,” she explains in the “A brush with…” podcast. One of the pieces she has used in this way is the “Impromptu Opus 90 D.899” by Franz Schubert, which notably inspired Saville when she painted “In the Voice of the Shuttle” in 2004.

Jay-Z, Radiohead, Philip Glass and Nirvana are just some of the other musical resources that Saville uses to boost her creativity.

Listen to all the tracks cited by Michael Armitage, Jenny Saville, Chantal Joffe and Rashid Johnson when asked what they played in their studios:

From Joni Mitchell to Sun Ra

English artist Chantal Joffe, whose imposing portraits of women sell for tens of thousands of dollars, almost exclusively listens to Joni Mitchell and Nick Cave when painting in her London studio. “I have no ear for music. And even though I’ve been listening to Joni Mitchell for 30-odd years, I still don’t know the words to the songs—which is quite an achievement,” she says.

Unlike his artist colleagues, Rashid Johnson turns to a wide variety of sources when creating a musical atmosphere in which to create. Among his favorites is the late jazz composer and pianist Sun Ra, whose cosmic philosophy has been an inspiration for the American artist. NVG

Want to know more about your favorite musician? Podcasts can help you