Want to know more about your favorite musician? Podcasts can help you 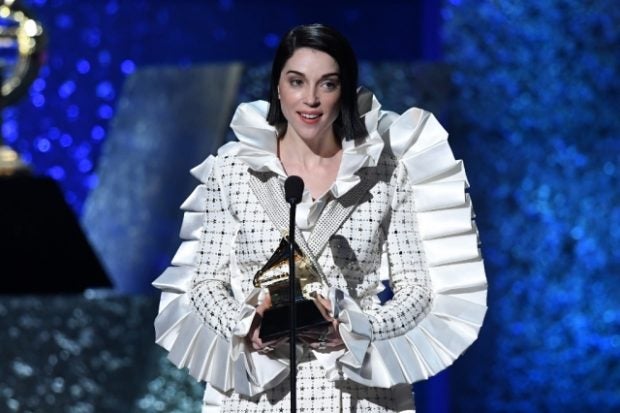 St. Vincent is one of many musicians launching a new podcast series to engage with her fans in a different way. Image: Robyn Beck/AFP

As the coronavirus pandemic has halted live music events, music enthusiasts are turning to audio streaming platforms to stay up-to-date with music. In an effort to quench fans’ thirst for knowledge, musicians are increasingly launching their own podcast series.

Among them is Jimmy Eat World frontman and lead vocalist Jim Adkins, who has recently announced the new “Pass-Through Frequencies” podcast series.

The show, hosted by Fender Guitars, will find Adkins delving into the craft of songwriting and the creative process behind some of music’s biggest hits with the help of various special guests.

“The creative process has as much reward and mystery as it did 26 years ago when I started writing songs with Jimmy Eat World. I am still totally fascinated. In this series I chat with music people about their process, preparation and execution. As well as whatever may get thrown in on the side,” Adkins said of his new endeavor.

American rock band Grateful Dead has adopted a similar approach in their own podcast, “The Good Ol’ Grateful Deadcast“, whose first installment premiered in early July to mark the 25th anniversary of their final concert.

Each episode of the documentary-style series examines the creation of the band’s fifth studio album, “Workingman’s Dead”, with the help of guests from the Grateful Dead universe.

“Many of the unsolved mysteries of the Dead world will also be explained,” the band teased at the time of the podcast’s release.

As podcast consumption continues to rise around the world, Amazon’s audiobook service Audible is betting on musicians to broaden its audience beyond the regular audiobook listener and fend off growing audio-storytelling competition from Spotify.

While details about their respective Audible Originals are still under wraps, Robinson said that he was “humbled” to share his story and his music with “the millions of Audible listeners who are looking for authentic stories told in ways they’ve never experienced before.” NVG

Apple launches its own news podcasts