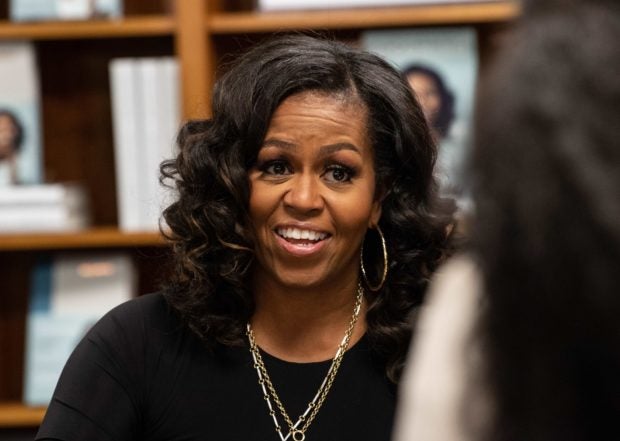 Michelle Obama will debut as a podcaster later this month on Spotify. Image: AFP/Nicholas Kamm

Michelle Obama is launching her new podcast, and who better to be her first guest than her husband, the former United States president.

She revealed Friday that Barack would star in the premiere of her podcast on July 29.

“The Michelle Obama Podcast”, to be exclusively broadcast on Spotify, will be a series of interviews pairing America’s first black first lady with one guest per episode.

“I can’t wait for you all to hear the conversations I’ve been having for the #MichelleObamaPodcast,” she tweeted.

“My mom, my girlfriends, my colleagues, and many others all stop by, along with someone you’re pretty familiar with: @BarackObama is my first guest on 7/29.”

Others listed in the tweet as future guests include former Obama aide and friend Valerie Jarrett, and talk show host Conan O’Brien.

The podcast is produced by Higher Ground Productions, the company formed by the Obamas in 2018, which has also made content deals with Netflix.

Among the topics to be discussed by the Obamas are the coronavirus crisis and the protest movement sparked by the death in police custody of George Floyd, according to Hollywood industry news outlet Variety, which heard part of the first episode.

The former U.S. president has been invited on podcasts before — most recently in 2017 on “Pod Save America”, which is hosted by some of his former staffers and speechwriters.

His popular wife scored a publishing world victory with her memoir “Becoming”, which was released in November 2018.

Since then, more than 11.5 million copies have been sold, and tens of thousands of people attended book events across the U.S. and abroad.

The book also spawned a documentary, which was released on the streaming platform in May. CL