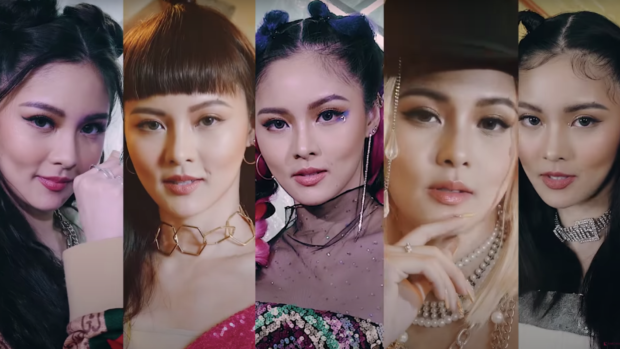 Kim Chiu showed off her love for the K-pop group Itzy by creating her own dance cover of their latest hit “Not Shy.”

The actress released her take on the song’s popular choreography on her YouTube page yesterday, Sept. 4.

Chiu also channeled the girl group’s members as she dressed up as each of them throughout her performance. Itzy is composed of Yeji, Lia, Ryujin, Chaeryeong and Yuna.

Along with the eye-catching outfits, Chiu sported different hair colors and hairstyles as well while executing the song’s moves.

She and her team decided to create the dance cover since Chiu has been watching K-dramas and K-pop music videos while staying at home amid the COVID-19 pandemic. Along with Itzy, Chiu also stated that she is a fan of Blackpink and Twice.

While she is fond of the three groups, Chiu and her team drew ballots to see which song she would dance to. She added that this made sure the decision was “fair and fun.”

Chiu later took to Instagram to thank those who helped her create the dance cover. She noted too that the crew she worked with are K-pop fans as well.

Itzy released the music video for “Not Shy” on Aug. 17 as part of their third extended play record (EP) of the same name. Their other hits include “Wannabe,” “Icy” and “Don’t Give a What,” among others.  /ra