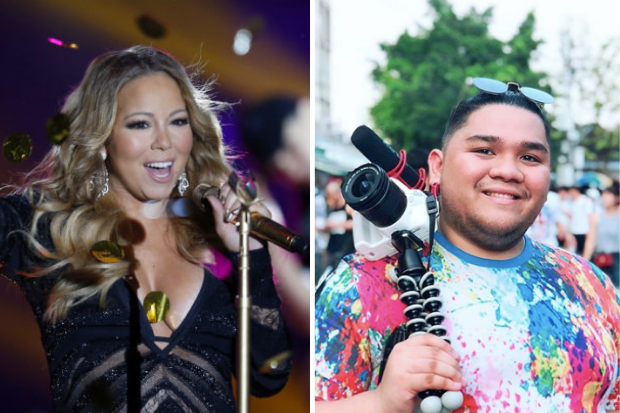 Mariah Carey lamented the death of one of her biggest Filipino fans, YouTube star Lloyd Cadena, and sent prayers to his family.

“So sad [crying emoji] RIP Lloyd, you will be missed [broken heart emoji] Sending my prayers to his family and friends during this difficult time,” Carey said in a retweet of her Filipino fan page’s tribute to Cadena.

So sad 😢 RIP Lloyd, you will be missed 💔 Sending my prayers to his family and friends during this difficult time. https://t.co/V1RvOfAOko

The local Mariah Carey fan page described Cadena as one of their “most loved members,” and noted that “will be remembered as a generous, kind, loving & humble human being.”

Other than his hilarious online content, Cadena was known for his love of the iconic singer and even has Carey’s picture from her upcoming memoir as his Twitter header.

One of Cadena’s last posts on Twitter, made on Sept. 2, was fittingly a retweet of one of Carey’s posts where the singer joked about being confused with Marie Curie. 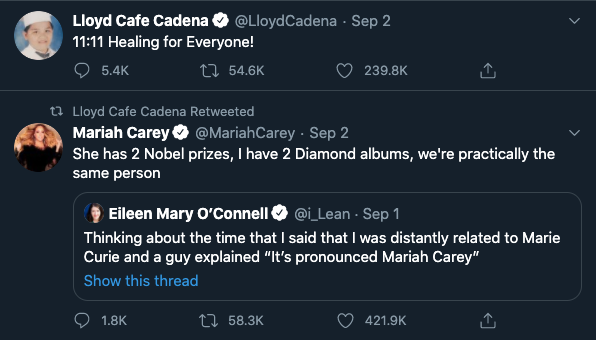 News of Cadena’s passing was officially announced yesterday, Sept. 4, through his official Facebook page. He died at the age of 26. The cause of death has yet to be revealed.

A number of celebrities and fellow internet superstars have since expressed their grief over Cadena’s death and sent their condolences to his family.