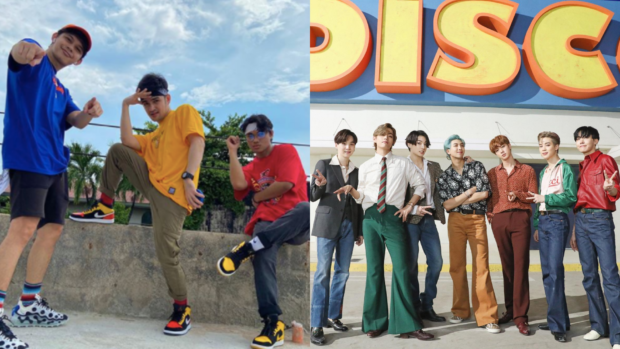 Following their post, the Korean boy group themselves commended the three dancers for their choreography.

“[W]ow!!!” BTS said in the comments section of their video.

Mastermind later uploaded a screenshot of the K-pop group’s reaction on their Instagram page, expressing how shocked they were over BTS’ remark.

“BTS NOTICED OUR DANCE COVER ON TIKTOK!!” the Filipino group stated alongside crying, purple hearts and the Philippine flag emoji.

Mastermind, whose members are from Easter Samar, were previously grand finalists in the fifth season of the talent show “Pilipinas Got Talent” back in 2016.

The Korean boy group released “Dynamite” on Aug. 21 with a bright and disco-themed music video. They also explained that they created the new song to “lift people’s spirits” amid the ongoing COVID-19 pandemic. JB