“The Batman” trailer surprised fans and naysayers alike with more than just Robert Pattinson’s version of the caped crusader.

The teaser released on Saturday, Aug. 22, gave a peek into the slew of villains that Batman is up against, such as Selina Kyle a.k.a. Catwoman (Zoë Kravitz) and the Riddler (Paul Dano).

Colin Farrell, meanwhile, had blink-and-you’ll-miss-it moments in the teaser, thanks to his transformation as Oswald Cobblepot or the Penguin. 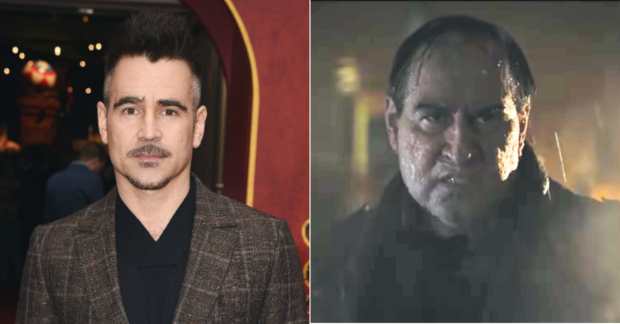 It appears that Farrell has layers of makeup and prosthetics to achieve his look as the portly criminal mastermind.

However, some eagle-eyed Twitter users noticed that Farrell’s Penguin bore a resemblance to American actor Richard Kind (“Curb Your Enthusiasm”).

I mean, great job by the Batman makeup crew on Colin Farrell and everything, but wouldn't have been easier to just hire Richard Kind? pic.twitter.com/Ppg3860ySt

One Brian Lloyd joked, “Colin Farrell’s got a career as a Richard Kind impersonator if ‘The Batman’ ends up bombing.”

“The Batman”, directed by Matt Reeves, is slated for a theatrical release in 2021. JB

Shooting of ‘The Batman’ with Robert Pattinson to resume in September