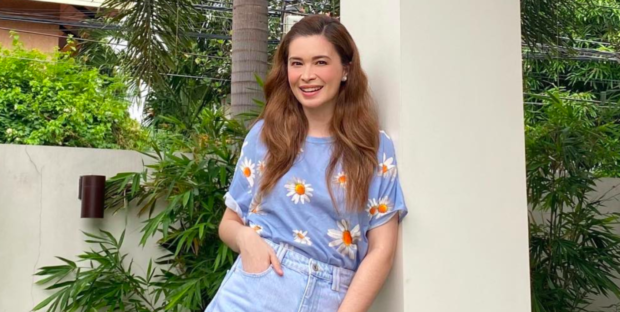 Sunshine Cruz assured her fans that she is still alive after rumors of her death circulated on various online groups in Facebook.

The actress disproved the death hoax on her own page yesterday, Sept. 4, alongside screenshots of the false report.

The report stated that Cruz was found dead in her room and that authorities were able to retrieve security footage before the supposed crime.

It came from a blog titled newsaccesstoday.blogspot.com and featured a portrait of Cruz superimposed on a photo of a policeman crouching beside a bodybag. The site also posed as GMA’s “Unang Balita” by using the program’s logos.

Cruz caught wind of the hoax after her fans sent her screenshots of them via Instagram. The false post was shared by a certain Rbb Savage, who spread it on different buy-and-sell groups online.

“Hindi po ito totoo! Buhay na buhay po ako (This is not true! I am very much alive),” the actress stated while asking her fans to report the said profile.

Aside from Cruz, fellow artist Michael V. also became a victim of a death hoax last July, just after he revealed that he contracted COVID-19. The actor has since recovered from the disease.  /ra

Sunshine Cruz on sexy love scenes in ‘Malamaya’: ‘Our movie’s more than that’

Rufa Mae Quinto on rumors of her death: ‘Natakot ako’

Read Next
WATCH: Kim Chiu takes on Itzy’s ‘Not Shy’ in new dance cover
EDITORS' PICK
Individuals affected by ‘Karding’ now over 157,000
Newbie gamers are in for a treat with the power-packed feature of vivo Y16
House energy committee chair Arroyo bats for cheap electricity
Bongbong Marcos says PH ‘open for business’ with new Clark Airport terminal
Karding damage to infrastructure at P23M
Reignite your passion with the vivo Y35
MOST READ
LPA enters PAR, may develop into tropical depression
Angelica Panganiban ‘duguan, sugatang mom’ one week into breastfeeding
Security guard shoots 2 other guards dead inside Makati subdivision
Badoy not with Office of the President, NTF-Elcac, under Marcos admin — solon
Follow @RArcadioINQ on Twitter
Don't miss out on the latest news and information.