Robi Domingo bids goodbye to Myx: 'You will always be my home' | Inquirer Entertainment

Robi Domingo bids goodbye to Myx: ‘You will always be my home’ 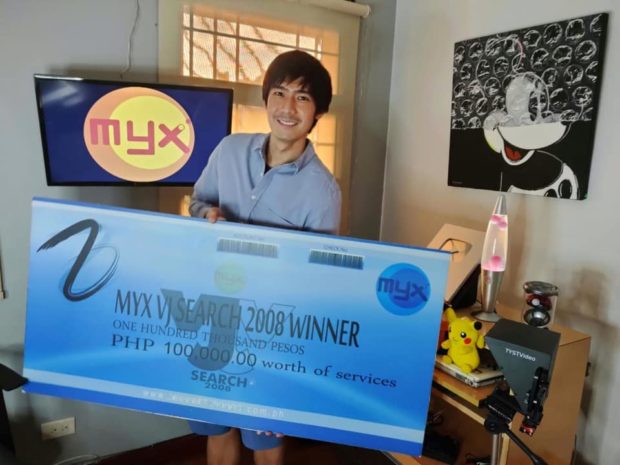 Robi Domingo penned a heartfelt message for Myx as he officially signed off as one of the music channel’s VJs.

Domingo then thanked the channel before saying “This has been VJ Robi” and quoting its slogan.

Along with his short tribute, Domingo also included a photo of him with former fellow VJs such as Iya Villania, Luis Manzano, Nikki Gil and Geoff Eigenmann.

He later clarified that while he is officially leaving the channel, Myx will continue to operate.

Domingo looked back on winning the music channel’s VJ search after finding the cheque he won from the contest.

“Whenever I see this, I remember that night in Trinoma for the Myx VJ search in 2008, and also the value of it,” he said. “I don’t see 100k worth of services but a million dreams and moments I gained when I became a part of this family.”

Along with his exit, Domingo and other VJs bid farewell to majority of their staff who are among the retrenched ABS-CBN workers. Domingo could not help but tear up while reading their official statement, as seen in a separate post.

“Trust me, reading this statement was one of the most difficult tasks I had to do,” he stated.

“Thank you for the magical moments and learnings, Myx,” Domingo added. “You will always be my home.” JB