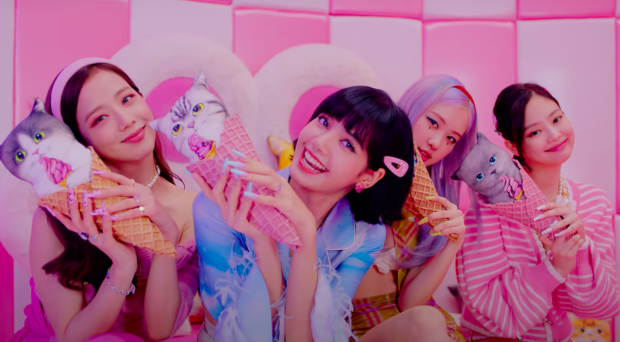 Blackpink and Selena Gomez gave their fans a very sweet treat after releasing the music video of their highly anticipated collaboration “Ice Cream.”

Gomez and Blackpink members Jisoo, Lisa, Rosé and Jennie brought back the summer vibes as they wandered around a pastel-colored world, driving an ice cream truck and biking around a colorful neighborhood, as seen on Blackpink’s YouTube channel today, Aug. 28.

The upbeat pop track gives off a flirty and playful vibe with lyrics like “Even in the sun you know I keep it icy/ You could take a lick but it’s too cold to bite me.”

The K-pop girl group went all out with its giant ice-cream wonderland setups, spot-on rap verse and perfectly choreographed dance steps. Gomez added an extra spice to the collaboration with her seductive verses and picture-perfect retro getups.

“Ice Cream” is Blackpink’s second single in anticipation of their debut studio album this October.

The girl group released the video for “How You Like That” last June, getting over 400 million views on the video-sharing platform two months after it released.

Meanwhile, Gomez’s collaboration with the Blackpink came a few months after she released her third studio album “Rare.”  /ra

WATCH: BTS ‘lights it up like dynamite’ in new all-English song, music video