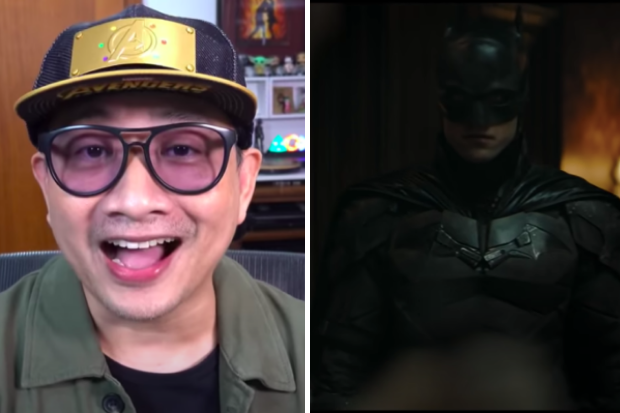 Shortly after the release of the teaser trailer for “The Batman,” Michael V. shared with fans his thoughts on the upcoming superhero film, noting that he has “high hopes” for Pattinson’s take on the Dark Knight.

Michael V.’s post came with one of the highlights from the trailer, which shows Batman beating a villain up and introducing himself as “vengeance.” The snippet was also edited to time the superhero’s punches to the beats of Gwen Stefani’s “Hollaback Girl.”

“Kinilabutan ako sa part na ‘to (I got goosebumps from this part)! Excited for DCEU and #TheBatman movie!” Michael V. said of the scene.

The said Batman film, directed by Matt Reeves, will, however, not be a part of Warner Bros. Pictures’ existing DC Extended Universe (DCEU), whose Batman is played by Ben Affleck.

“I have high hopes for this Batman iteration. Slow clap for the trailer,” Michael V. said.

The shooting for the film is reportedly set to resume in September after months of delay caused by the COVID-19 pandemic. The shoot will continue until the end of the year to finalize footage, while the film is slated for a theatrical release in 2021.  /ra