The Itchyworms, Soapdish, more to perform in online fundraiser gig for SaGuijo tonight 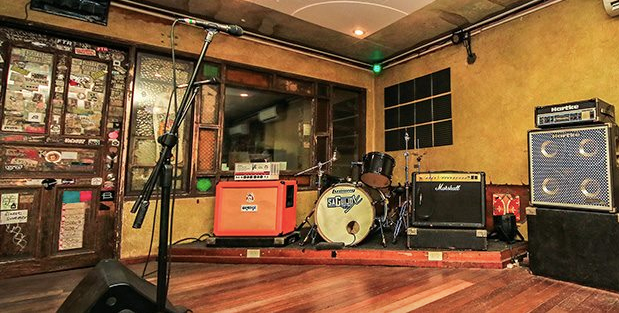 Some of the members of the local music scene are joining forces to keep the iconic SaGuijo cafe and bar afloat during the COVID-19 crisis.

The Itchyworms, Soapdish, Syd Hartha, Carousel Casualties and more artists will be performing online tonight, Aug. 28, to raise funds for the venue’s staff and crew, as per SaGuijo’s Facebook post last Monday, Aug. 24.

The bar, situated on Guijo Street in Makati, has been a staple live-music venue for budding and established musicians alike since 2004.

The “One Love SaGuijo” fundraiser will be streamed live at 6 p.m. today on the Facebook pages of SaGuijo and Indie TV.

Aside from the mentioned acts, Brimson, Sud, Kremsoda, Jensen Gomez, Wickermoss, Up for Byes and Molay will also be playing in the benefit gig.

Live music venues and bars are some of the most affected businesses during the quarantine, which began last March.

Under the general community quarantine (GCQ)—the most relaxed type of lockdown Metro Manila has experienced so far—bars are still not allowed to operate. Mass gatherings, such as gigs, are prohibited under GCQ as well.

Earlier this week, one of the homes of the local music scene in Quezon City, Route 196, also said goodbye to its music-loving patrons. The co-owners of the bar include The Itchyworms members Jugs Jugueta and Kelvin Yu.

Route 196, home to live OPM in Katipunan, shuts down

The Itchyworms to drop quarantine album in online event on Aug. 17