WATCH: Catriona Gray, Sam Milby perform ‘We’re In This Together’ on Wish bus 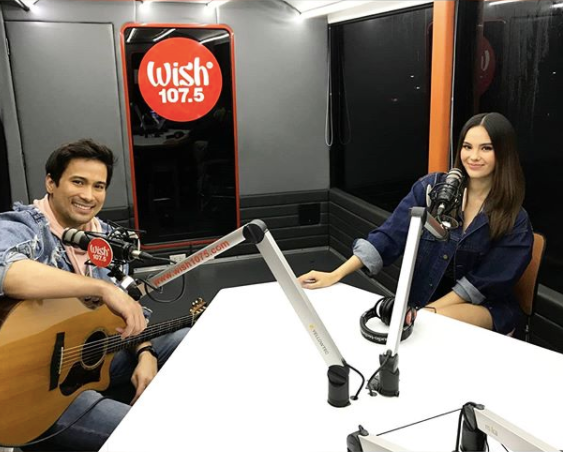 Catriona Gray and Sam Milby showcased their musical talents on the Wish bus together for the first time to raise more funds for charity.

The celebrity couple once again played their acoustic take on Gray’s 2018 track “We’re in this Together” for the non-profit organization Young Focus Philippines’ “Quality Education for All” campaign, as seen on her Instagram post last Tuesday, Aug. 25.

“Help us provide education and ensure our students aren’t left behind,” the beauty queen said.

Gray showed herself right in front of the microphone and another snippet of her and Milby inside the studio. Gray and Milby’s Wish bus guesting premiered on the radio station Wish 107.5’s YouTube channel on the same day.

During their performance, Milby skillfully played the acoustic guitar while the Miss Universe 2018 beauty filled the mobile studio with her soulful voice. Gray smiled and waved at her audience outside the bus while hitting the intricate notes of the song.

More importantly, the couple was noticeably sharing sweet glances throughout the entire song and even after finishing it.

Gray also expressed her gratitude to their fans after the video hit 100,000 views just under 24 hours after its release, as per her Instagram Story yesterday, Aug. 26.

“All of my artist commission from streaming revenue from YouTube are going directly to the @youngfocusph Quality Education for All Campaign!” the singer declared. 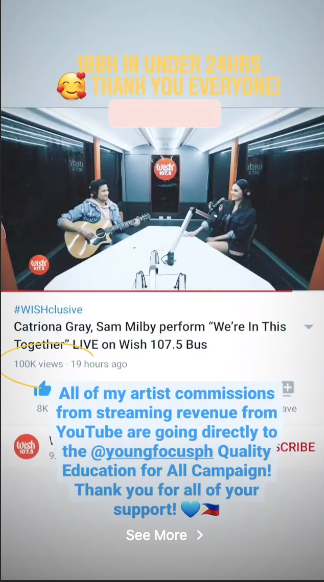 Gray and Milby first released the acoustic version of the track last July for the same campaign. The organization’s effort aims to raise P1 million to boost an online education program for students amid the COVID-19 pandemic

Milby confirmed his relationship with the beauty queen on his 36th birthday last May. The two have been romantically linked to one another since January 2019. During a recent interview, the actor declared that he believes Gray is “the one.” JB

Sam Milby: I will do everything to protect Catriona