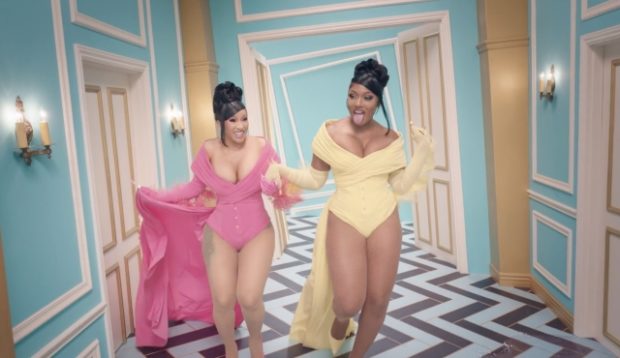 Boundary-pushing rappers Cardi B and Megan Thee Stallion have broken the record for the most streams by a song in its debut week with their raunchy collaboration “WAP,” which opened at No. 1 on the Billboard Hot 100 chart.

“WAP” amassed 93 million streams in the United States and 125,000 downloads sold in the week ending August 13, according to Nielsen Music/MRC Data.

Much of the song’s traffic owes much to the shock value of its graphic lyrics as well its censored YouTube video, which has garnered more than 106 million views on the video-sharing platform to this date.

The Colin Tilley-directed video notably includes appearances from Normani, Rosalía and cosmetic mogul Kylie Jenner, whose inclusion was criticized online by some listeners and helped increase the song’s streams and views.

The success of “WAP” is the latest sign of female rappers taking over the charts while pushing their way into the forefront of the hip-hop game, which has long been dominated by male powerhouses.

According to Billboard, “WAP” is the fourth collaboration between female artists to hit No. 1 on the Hot 100 chart this year, most of which have been in the hip-hop genre.

Megan Thee Stallion achieved similar success earlier this year with her “Savage” hit, which became a phenomenon on the video-sharing app TikTok and was later re-released as a remix featuring Beyoncé. NVG